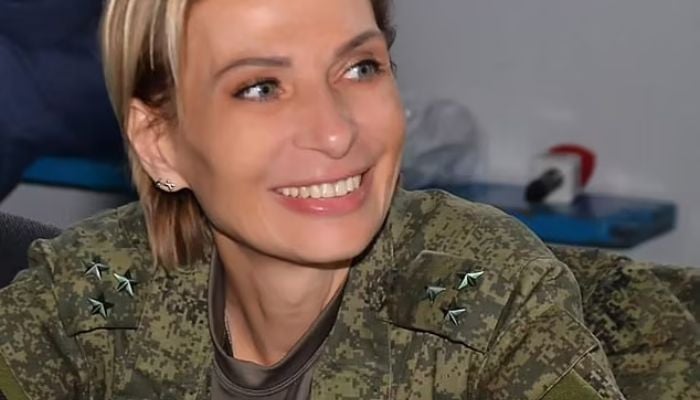 
A Russian female commander Lieutenant Colonel Olga ‘Kursa’ Kachura who had shared with the public how much she enjoyed killing Ukrainians was killed in a missile strike.

Kachura, 52, was in her car in the city of Horlivka when the missile hit her. She is the first Russian female officer who died in Ukraine-Russia war.

Her troops had fired on civilians in the Donbas region. Kachura was the colonel of a rocket artillery division.

In her interviews with the Kremlin channels, she shared that she enjoyed killing Ukrainians.

She was a Ukrainian native who previously worked in he Horlivka Police department. According to Ukraine’s armed forces, she used to disguise herself as a member of Ukrainian forces and committed war crimes.

She is the 97th officer who has been killed in Putin’s war against Ukraine. Putin appointed her the Hero of Russia which is country’s highest award.