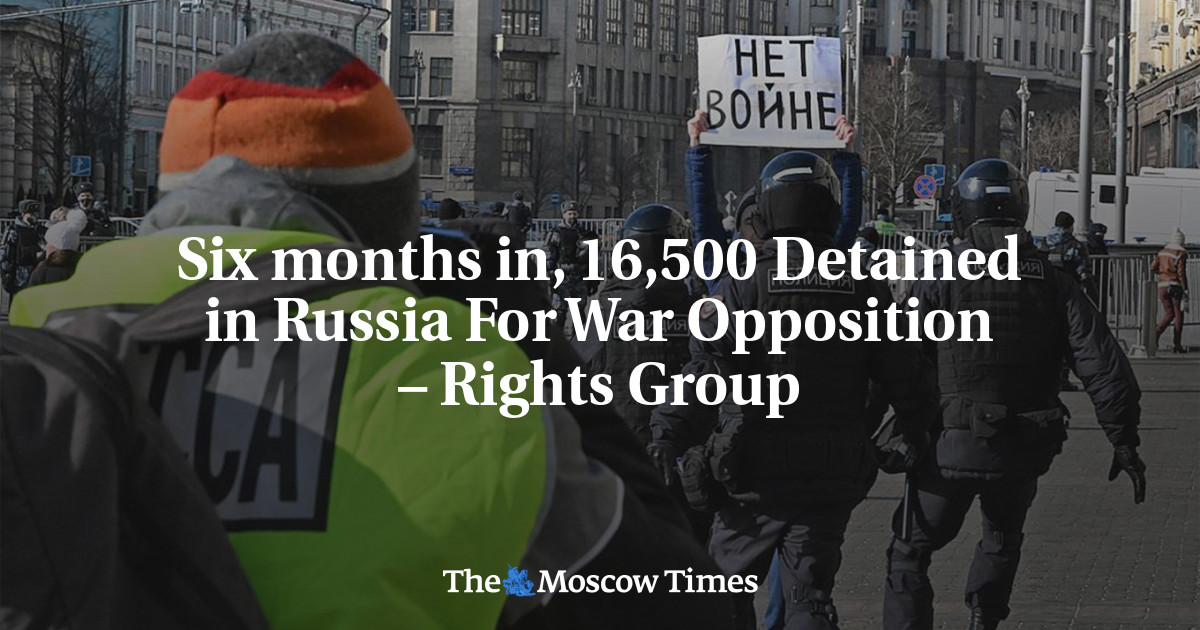 Almost 16,500 people have been detained across Russia for protesting the war in the 6 months since the invasion of Ukraine, according to data published Wednesday by an independent human rights group.

The overwhelming majority of detentions came in the first month of the fighting before Russian lawmakers passed legislation criminalizing virtually any speech or act criticizing the war, the OVD-Info website said.

Since then, according to OVD-Info, there has been a fall from 800 detentions between March 24 and June 24 to 89 in the two subsequent months.

Moscow and St. Petersburg had the highest number of detentions.

More than 3,800 of those detained have been charged with offenses that carry fines as punishment. Such cases fell from close to 900 at their peak in April to 333 so far in August.

At least 224 people face criminal prosecution for acts like referring to Russia’s “special military operation” in Ukraine as a “war” or “invasion,” OVD-Info said in its roundup of the legal fallout from the conflict.

Some of them face up to 15 years in prison for spreading what authorities determine to be “fake” information about the Russian Armed Forces.

In addition, Russia has designated 74 organizations “foreign agents” and another 15 “undesirable” over the last six months, according to OVD-Info.

Meanwhile, Russia’s independent internet watchdog Roskomsvoboda reported Tuesday that around 7,000 websites, including those of prominent Russian and international independent news media, have been blocked for their content about the war.

Russia’s prosecutor general said earlier this month that 138,000 websites have been blocked or deleted since the start of the war.