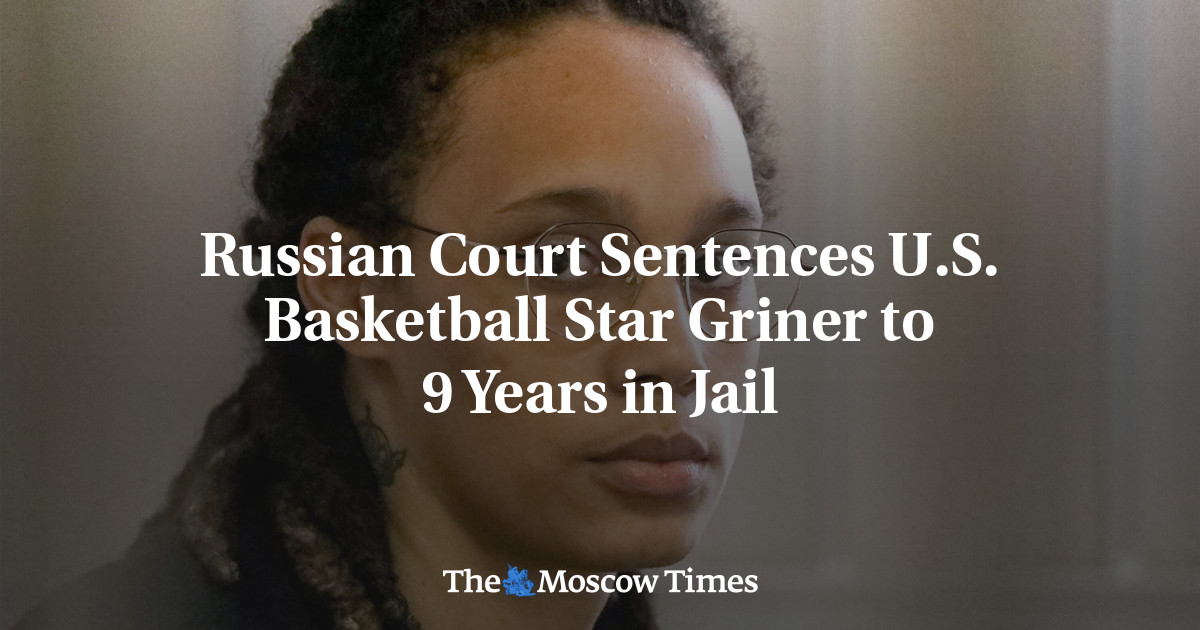 
Russian prosecutors have asked for U.S. basketball star Brittney Griner to be sentenced to 9.5 years in a penal colony, the state-run TASS news agency reported from the courtroom Thursday as the high-profile trial nears its end.

The two-time Olympic champion was arrested on drug smuggling charges on Feb. 17 after officers found cannabis vape cartridges in her luggage at a Moscow airport, putting her at the center of the diplomatic fallout between Russia and the United States over Moscow’s invasion of Ukraine.

While Griner, 31, pleaded guilty to the charges last month in hopes of receiving a more lenient sentence, the prosecution’s demand nears the maximum punishment of 10 years in prison.

Griner’s lawyers maintained that the basketball star had been authorized to use marijuana for medical purposes. Marijuana for both recreational and medicinal uses is illegal in Russia.

She had been in Russia to play for UMMC Ekaterinburg during the WNBA off-season.

U.S. President Joe Biden’s administration, which classifies Griner as “wrongfully detained,” has proposed a prisoner swap with Russia in which the basketball player and imprisoned former U.S. Marine Paul Whelan would be released.

U.S. Secretary of State Antony Blinken urged Russian counterpart Sergei Lavrov to accept the proposal in a phone conversation last week, though neither side reported any progress in the negotiations.

Lavrov called for “quiet diplomacy without any dubious media leaks” after the call.

The final verdict in Griner’s case is expected to be announced at the court in the town of Khimki outside Moscow later on Thursday, according to her lawyer cited by TASS.