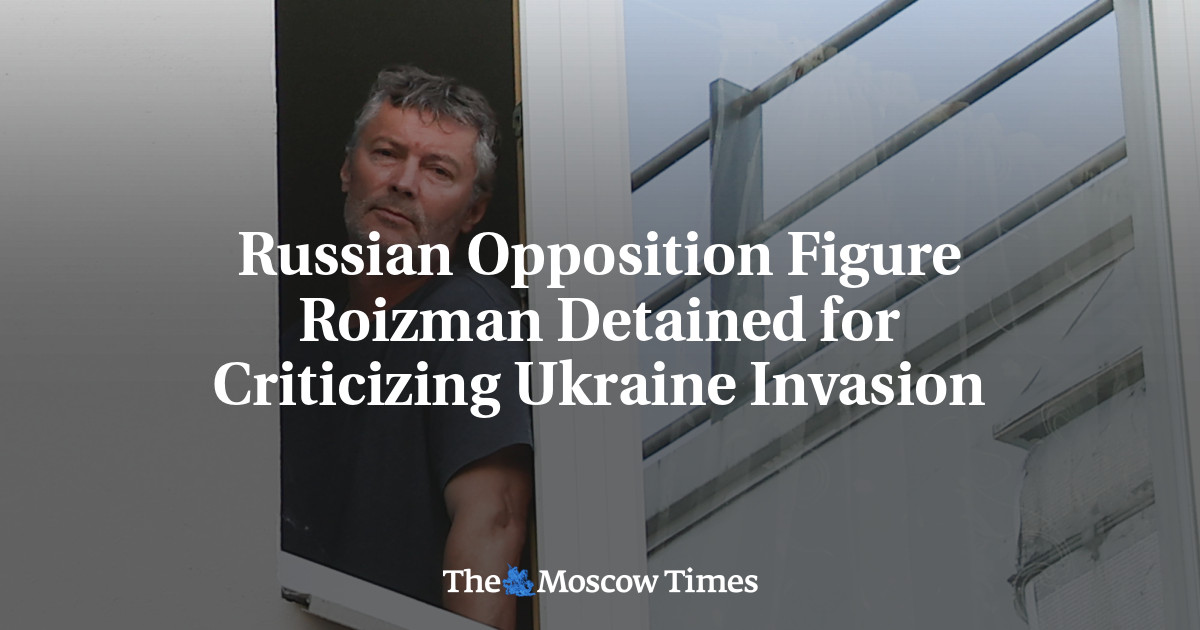 Yevgeny Roizman, a former opposition mayor of one of Russia’s largest cities, was detained Wednesday on criminal charges related to his public criticism of the invasion of Ukraine, media outlets reported.

Ex-Yekaterinburg mayor Roizman said he was being charged under legislation that forbids the “discreditation” of the Russian Armed Forces. If found guilty, he faces up to five years in prison.

Footage of his detention shared by the Kremlin-linked Telegram channel Mash showed masked agents shouting “police, open up!” while entering an apartment block.

The video cuts off when Roizman is shown opening his door.

Roizman confirmed the charges against him, shouting from his window to journalists outside his building that the criminal case was initiated “in Moscow.”

TASS, citing unnamed law enforcement sources in Yekaterinburg, reported that Roizman was detained “because of videos on his YouTube channel.”

Leaving his apartment with police officers, Roizman said he was detained for “one phrase – the invasion of Ukraine.” Asked where he said it by a journalist, he replied “everywhere.”

The ex-mayor has previously been fined three times under Russia’s laws against “discrediting” the military that were passed in the wake of the Ukraine invasion.

Roizman served as mayor of Yekaterinburg, Russia’s fourth-largest city, from 2013 to 2018. He was a member of Russia’s lower house of parliament, the State Duma, in 2003-07.