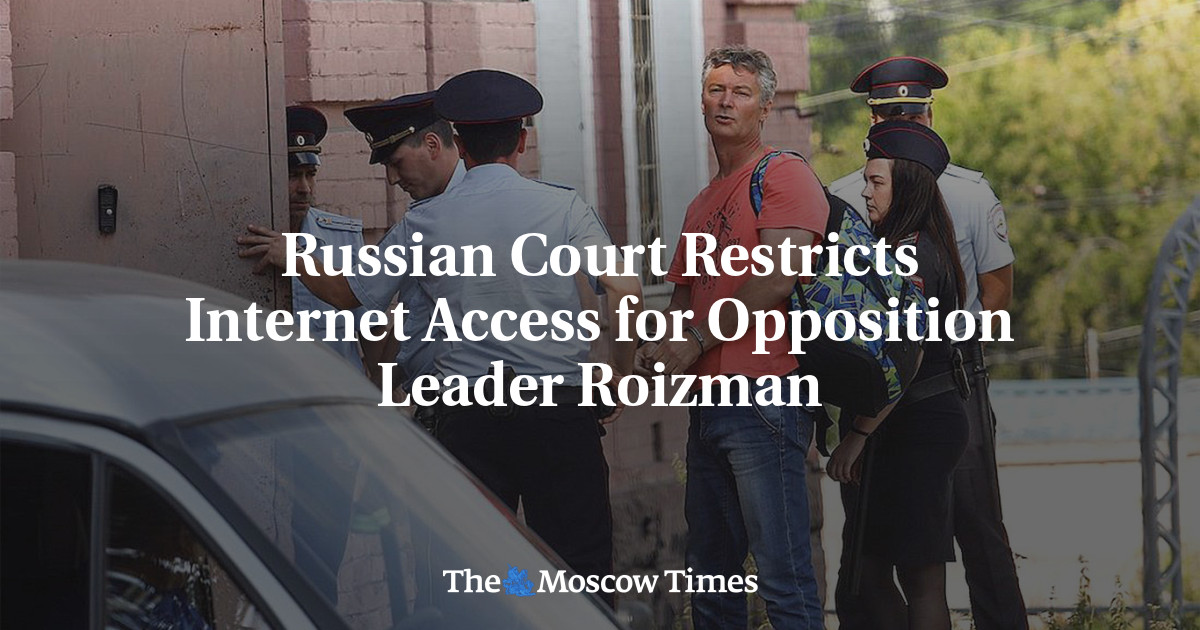 Updates to correct the court decision.

Roizman, 59, was detained at his apartment in Yekaterinburg a day earlier on charges of “discrediting” the Russian Armed Forces — a wartime censorship law used to stifle domestic criticism of Moscow’s invasion of Ukraine.

Under the measures announced by the court, Roizman was prohibited from using any means of communication, including the internet, and attending public events. Despite widespread expectations that Roizman would be arrested ahead of a trial, the Kremlin critic was allowed to walk free.

“All of you understand that everything that is going on is beyond all legal norms. In reality, I haven’t done anything wrong,” E1.ru quoted Roizman as saying during the hearing.

At least two people holding posters reading “Freedom to Roizman! Hands off!” and “Freedom to Yevgeny Roizman” were arrested outside of the court building, human rights watchdog OVD-Info reported, while supporters inside chanted “Freedom!” and applauded the politician.

Roizman voiced concerns that if he was placed under arrest it could impact the work of his foundation, which works to support people in need of medical help and urgent legal assistance.

“Just canceling me out is simply not fair to the people I am helping,” he said, E1 reported.

Roizman, who was mayor of Yekaterinburg, Russia’s fourth-largest city, from 2013 to 2018 and a member of Russia’s lower house of parliament, the State Duma, in 2003-2000, has been fined three times for “discrediting” the Russian Armed Forces. Repeated violations of the law is punishable by up to three years in prison.

After Roizman’s detention Wednesday, security forces spent seven hours searching his apartment, the headquarters of his charity foundation and the Nevyansk Icon Museum that he established.

“There were searches. Nothing prohibited by law was found. He did not sign any documents,” Roizman’s lawyer Vladislav Idamzhapov was quoted as saying Thursday by news agency Interfax.

About 30 people gathered in central Yekaterinburg for a silent protest in support of the ex-mayor Wednesday evening. Single-person pickets were also held in other parts of the city, as well as in the capital Moscow.