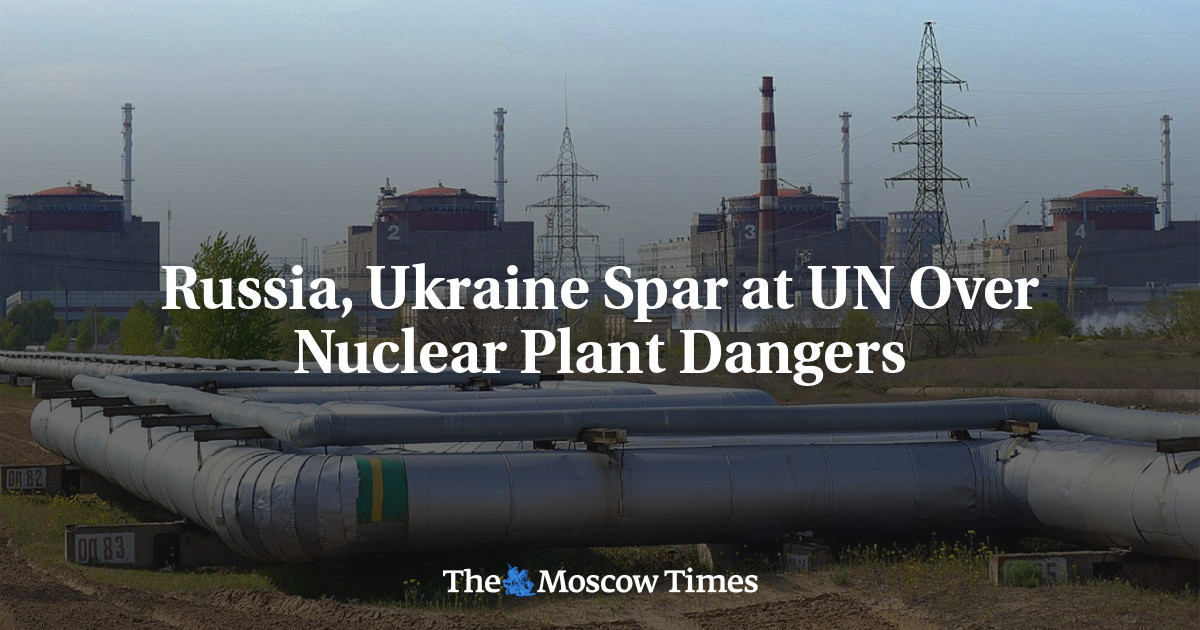 Russia and Ukraine traded accusations Tuesday over who was endangering the Zaporizhzhia nuclear plant, as the United Nations urged both sides to insulate the Ukrainian facility from the ongoing war.

Russia called the meeting at the UN Security Council to discuss the dangers that close shelling and a military presence posed to the power plant in southern Ukraine, amid fears that a damaged reactor could leak radiation across the region.

Russian troops have controlled the plant for weeks and allegedly have placed arms and war supplies there, something that Moscow denies.

Russian Ambassador to the United Nations Vasily Nebenzya accused Ukrainian forces of shelling the plant, heightening the danger of a nuclear disaster.

“The armed forces of Ukraine continue basically every day to shell the territory of the nuclear power plant [NPP] and the town of Enerhodar, and this creates a real risk of a radiation accident,” he said.

Sergiy Kyslytsya, Ukraine’s ambassador, countered that Russia is responsible for the risk and must pull its troops away and allow inspectors of the International Atomic Energy Agency into the plant.

“The only thing that the entire world wants to hear …  is a statement that Russia demilitarizes the Zaporizhzhia NPP, withdraws its troops, and hands it over to the government of Ukraine,” he said.

Kyslytsya said Kyiv supports a proposal for the IAEA to send a mission to inspect the plant, and hoped it would create a permanent presence inside to monitor it fulltime.

“It is really important to conduct the mission in a way that will allow the international community to see the real situation and not a Russian theatrical show,” he said.

Speaking at the beginning of the meeting, UN Undersecretary Rosemary DiCarlo said both sides need to agree on demilitarizing the plant even as the war continues.

“The facility must not be used as part of any military operation, and an agreement on a safe perimeter of demilitarization to ensure the safety of the area should be reached,” she said.

“We once again urge the parties to provide the IAEA mission with immediate, secure and unfettered access to the site,” she said.