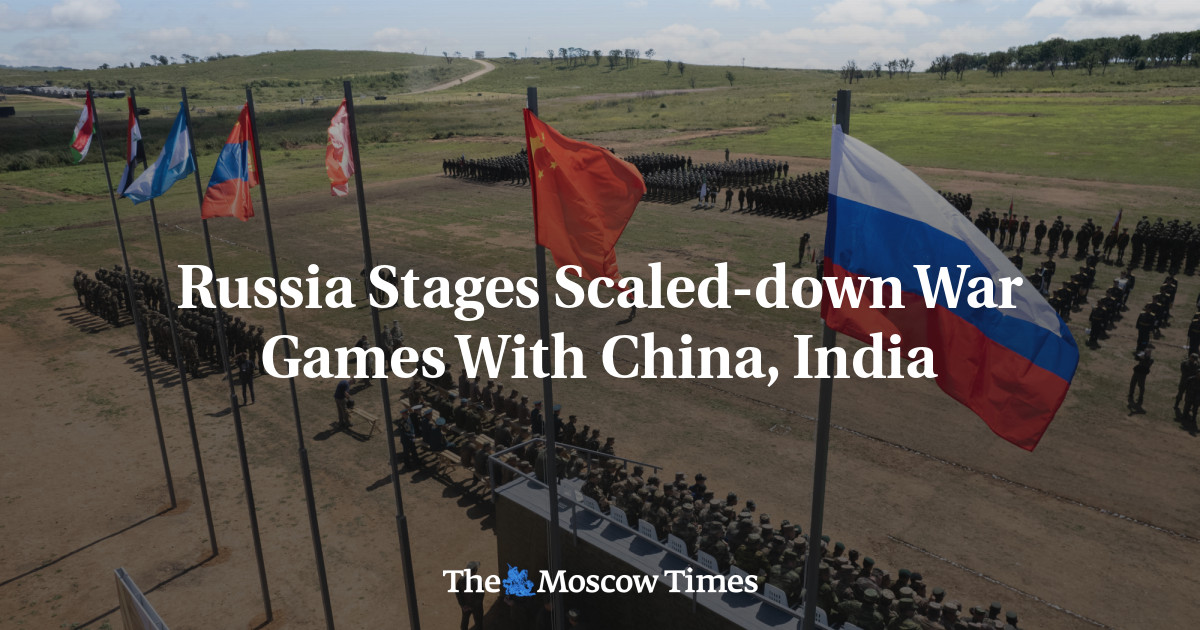 Russia is staging joint war games with China and India on Thursday, boasting far fewer troops and hardware than previously amid Moscow’s six-month campaign to capture territory in Ukraine.

The 50,000 troops announced for the Vostok-2022 (East-2022) military exercises compare with 300,000 who had participated in the previous drills that took place in Russia’s Far East four years ago.

“This is going to be the smallest strategic-level exercise in years because the entire ground forces potential is engaged in operations in Ukraine,” Konrad Muzyka, director of the Poland-based Rochan military consultancy, told Reuters.

Muzyka estimates that up to 80% of Russia’s eastern military district manpower had been deployed in Ukraine, saying it is more likely the Russian military has freed up 10,000-15,000 troops for the Vostok-2022 drills.

A total of 6,000 foreign troops from member states and partners of the China-led Shanghai Cooperation Organization (SCO) and the Russia-led Collective Security Treaty Organization (CSTO) of ex-Soviet republics, it added.

India is sending a 75-member detachment for the drills, including Gurkha troops and navy and air force representatives, according to Bloomberg.

China is deploying army, air and naval forces at Vostok-2022, which state-backed media say will focus on U.S. threats in the Pacific. Russia’s Defense Ministry says the two countries’ navies will “assist ground troops” in the coastal area of northern and central parts of the Sea of Japan, and “defend maritime communications and areas of maritime economic activity.”

Beijing and New Delhi have refused to criticize Moscow’s “special military operation” in Ukraine, though both countries have steered clear of incurring secondary sanctions by providing Russia with military assistance.

“Today, soldiers and officers from 10 countries are standing in single formation, and a total of 14 countries are taking part in the exercise,” Russia’s Deputy Defense Minister Yunus-Bek Yevkurov said at the opening ceremony Wednesday.

“We’re connected not only by the need to strengthen military security near our borders, but also by the long friendly relations between the countries,” Yevkurov said.

The Sept. 1-7 war games are divided into two stages.

The first three-day stage will practice repelling enemy airstrikes, engaging them in fire and conducting defensive and offensive actions in Russia’s Primorye region.

The second four-day stage will manage a “strategic operation in the eastern direction and during the defeat of the enemy.”