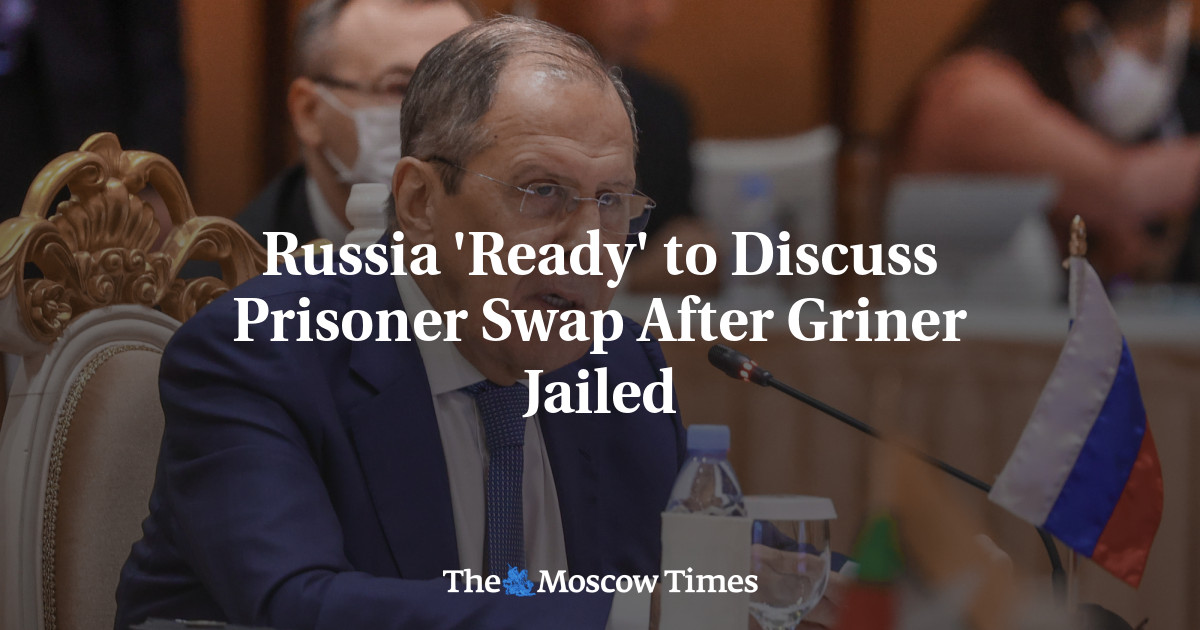 
Russia is “ready” to discuss a prisoner swap with Washington at the presidential level, its foreign minister said on Friday, a day after the drug conviction of U.S. basketball star Brittney Griner.

“We are ready to discuss this subject, but only within the framework of the [communication] channel established by presidents Putin and Biden,” Sergei Lavrov told a press conference on a visit to Cambodia.

“There is a special channel established by the presidents and despite certain public declarations, it is still functional,” he said.

“If the Americans again decide to engage in public diplomacy and make thundering declarations… that’s their business and their problem,” he said, adding that Washington “can’t” work “in a professional and calm manner.”

Lavrov spoke a day after a Russian court sentenced Griner to nine years in a penal colony on a drug smuggling charge.