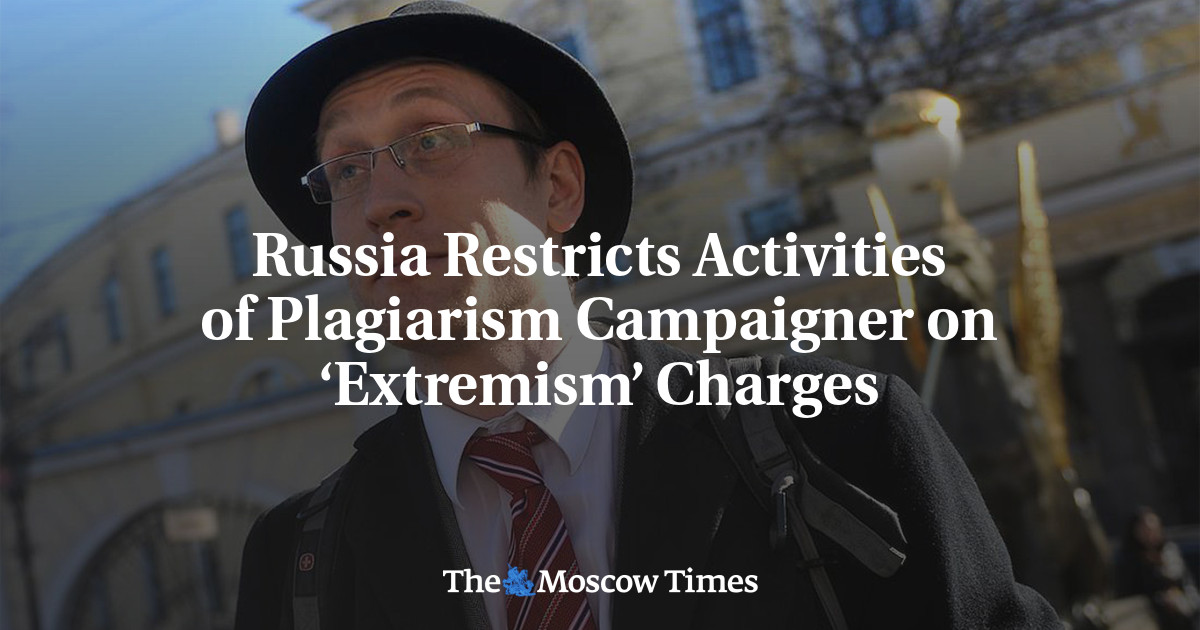 Zayakin, 41, was detained in Moscow on Sunday on charges of “financing extremist activities” for a 1,000 ruble ($16) donation he made to opposition leader Alexei Navalny’s Anti-Corruption Foundation.

The Anti-Corruption Foundation was dubbed “extremist” by the Russian authorities last year.

According to the ruling by Moscow’s Basmanny district court, Zayakin is prohibited from using all means of communication — including internet and written correspondence — and cannot leave his house between 8 p.m. and 8 a.m. while his case is investigated, Novaya Gazeta Europe reported.

As well as an independent journalist, Zayakin is a co-founder of “Dissernet,” an online scientific network that works to expose plagiarism in Ph.D. theses issued by Russia’s higher education institutions and scientific articles published in the country.

Volunteers for Dissernet have found traces of plagiarism in the scientific works of many top officials, including government ministers, parliamentary deputies and top security officers.

If found guilty, Zayakin faces up to eight years in prison.