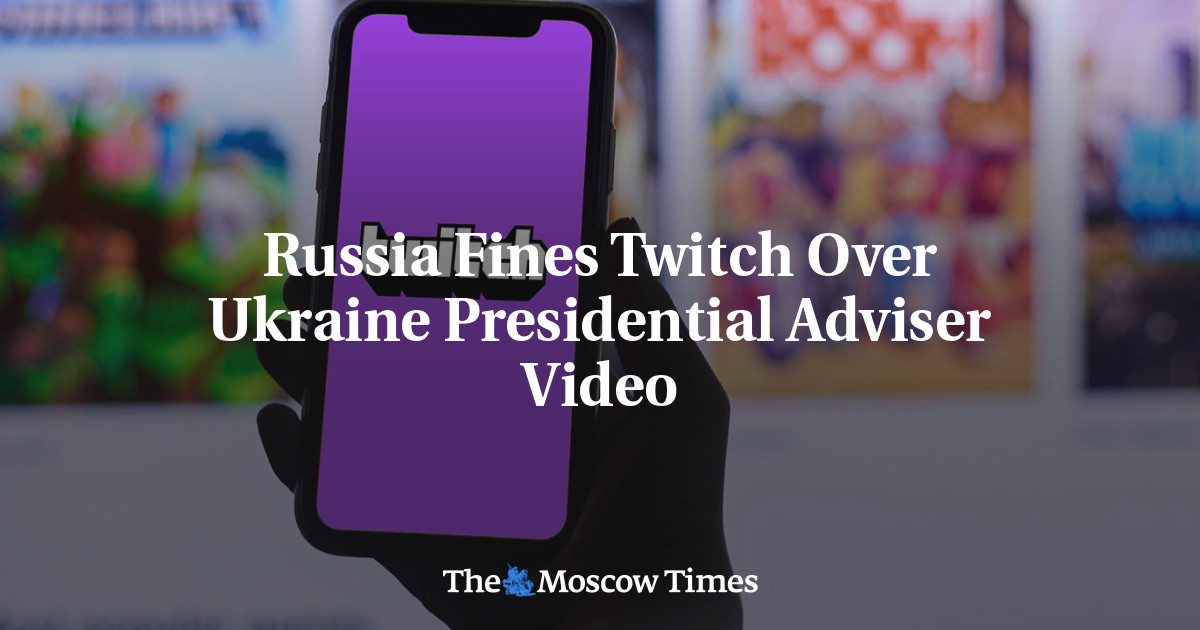 Russia fined U.S. streaming platform Twitch on Tuesday for the second time this month over its refusal to remove an interview with an adviser to Ukrainian President Volodymyr Zelensky, state media reported.

A Moscow court said Twitch should pay 3 million rubles ($49,500) for the video with Oleksyi Arestovich, according to the TASS news agency.

The Arestovich interview was said to contain “inaccurate” information about what the Kremlin refers to as its “special military operation” in Ukraine.

The penalty follows a fine of 2 million rubles ($33,000) for the company earlier this month in relation to a 31-second clip of a girl from Bucha, a northern Kyiv suburb that became synonymous with evidence of Russian war crimes.

Twitch, a live-streaming service popular with gamers that is owned by Amazon, vowed in early March to ban Russian state media that push widely debunked misinformation.

Russia has threatened a number of Western tech giants — including Google — over Ukraine content it deems to be “fake” under censorship laws passed in the wake of the Ukraine invasion.