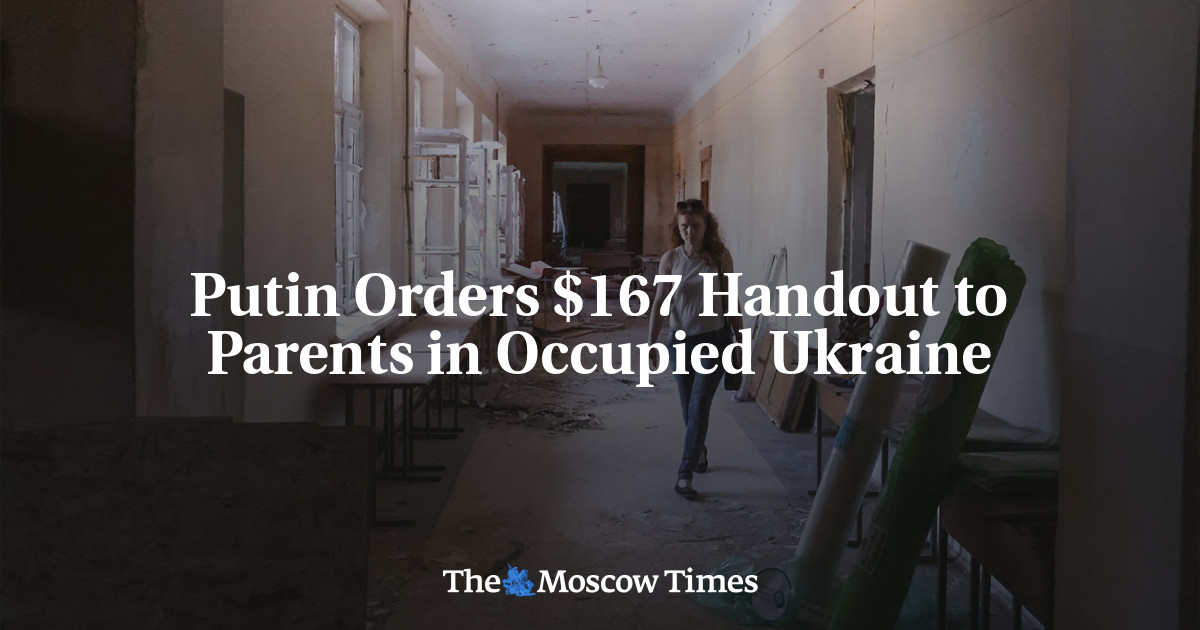 Russian President Vladimir Putin ordered one-off support payments to be made to the parents of schoolchildren in parts of Ukraine occupied by Russia, according to an order posted Wednesday on the Kremlin website.

Parents of children aged between 6 and 18 years old in Russia-controlled areas of Donetsk, Luhansk, Zaporizhzhia, Kharkiv and Kherson regions will, according to the order, receive 10,000 rubles ($167) if their children “started studying in general educational institutions in the specified territories no later than 15 September.”

The handout comes amid reports that the Kremlin is attempting to introduce the Russian curriculum to schools in occupied Ukrainian territories.

Residents in occupied Kherson and Zaporizhzhia regions said local pro-Kremlin officials were threatening to strip them of their parental rights if they refused to acquire Russian passports and send their children to newly established Russian schools, RFE/RL reported last month.

And teachers in Ukrainian areas under Kremlin control are being pressured to sign a document confirming their willingness to follow the Russian curriculum, according to a report by The Guardian.

The school year in Russia and occupied Ukraine is due to begin Sept. 1.