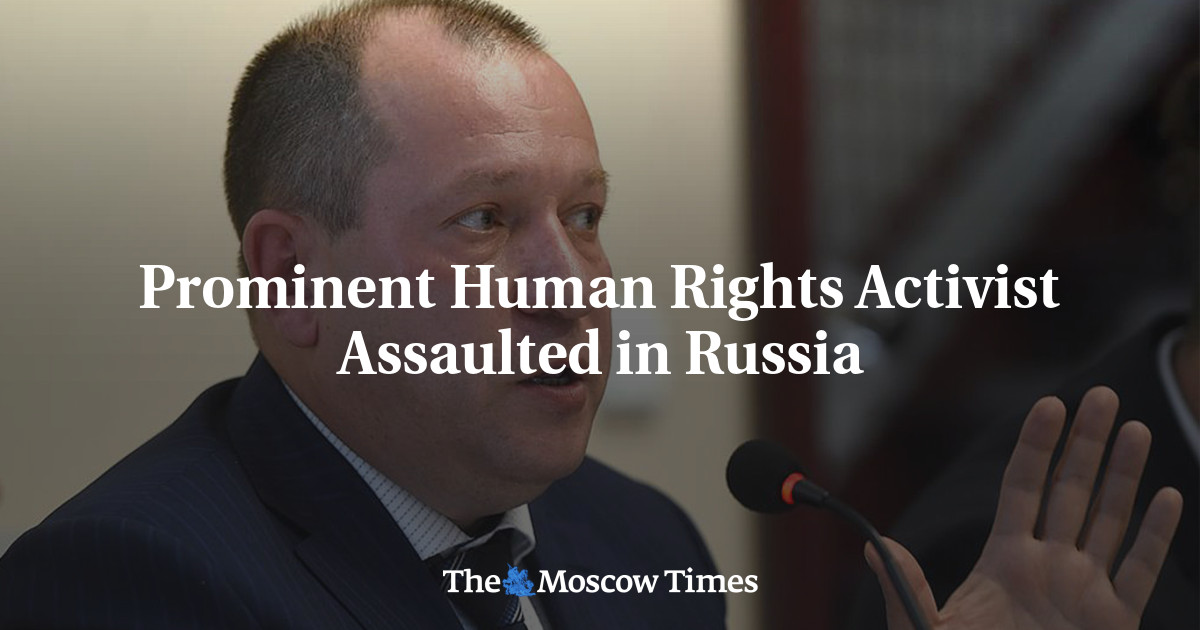 A prominent Russian human rights activist and member of Russian President Vladimir Putin’s human rights council has been hospitalized after an attacker attempted to stab him in the throat with broken glass.

“Igor Kalyapin was attacked by an unknown assailant in the Nizhny Novgorod region on Wednesday night,” the presidential human rights council said in a statement Thursday.

The attacker “tried to cut his face and strangle him,” according to the presidential human rights council, but Kalyapin was able to break free and call the police.

The former head of the Committee for the Prevention of Torture, Kalyapin told the “Ostorozhno, Novosti” Telegram channel on Thursday that the attack did not appear to be politically motivated.

Kalyapin said his assailant was introduced to him at a birthday party as an active-duty police officer.

“We were drinking, everything was good. I then invited him to my house and he attacked me without saying a word,” the activist said.

“He was trying to kill me, he wanted to puncture my throat with a piece of glass.”

As head of the Committee for the Prevention of Torture, Kalyapin campaigned for investigations into abuses by security services. He stood down from his role as the head of the organization in February and the organization was dissolved five months later after being repeatedly designated a “foreign agent” by the Russian authorities.