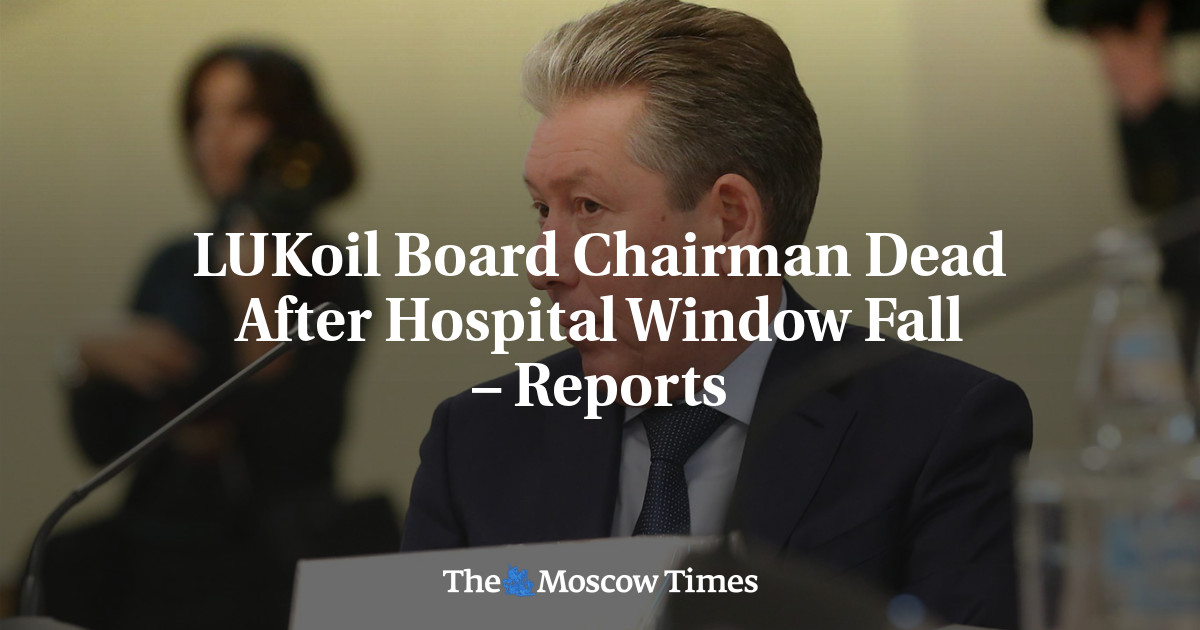 The chairman of the board of Russia’s largest private oil company, LUKoil, died Thursday after falling from a Moscow hospital window, according to Russian media reports.

Ravil Maganov, 67, plunged from the sixth-floor window of the Central Clinical Hospital, according to police sources cited by RBC news website.

The hospital, known as the Kremlin Clinic for its treatment of patients from Russia’s political and business elite, confirmed Maganov’s passing to state-run news agency RIA Novosti without disclosing the circumstances of his death.

Maganov is the second top LUKoil executive to die in mysterious circumstances in recent months.

Russian police opened a criminal case after the death of former LUKoil executive Alexander Subbotin in early May.

LUKoil, Russia’s second-largest oil company, was one of a handful of domestic corporations to openly call for an end to the country’s invasion of Ukraine in early March.

“We stand for the immediate cessation of the armed conflict and duly support its resolution through the negotiation process and through diplomatic means,” LUKoil said in a letter to shareholders at the time.

The long-serving head of LUKoil, Vagit Alekperov, resigned in June after being hit by Western sanctions.