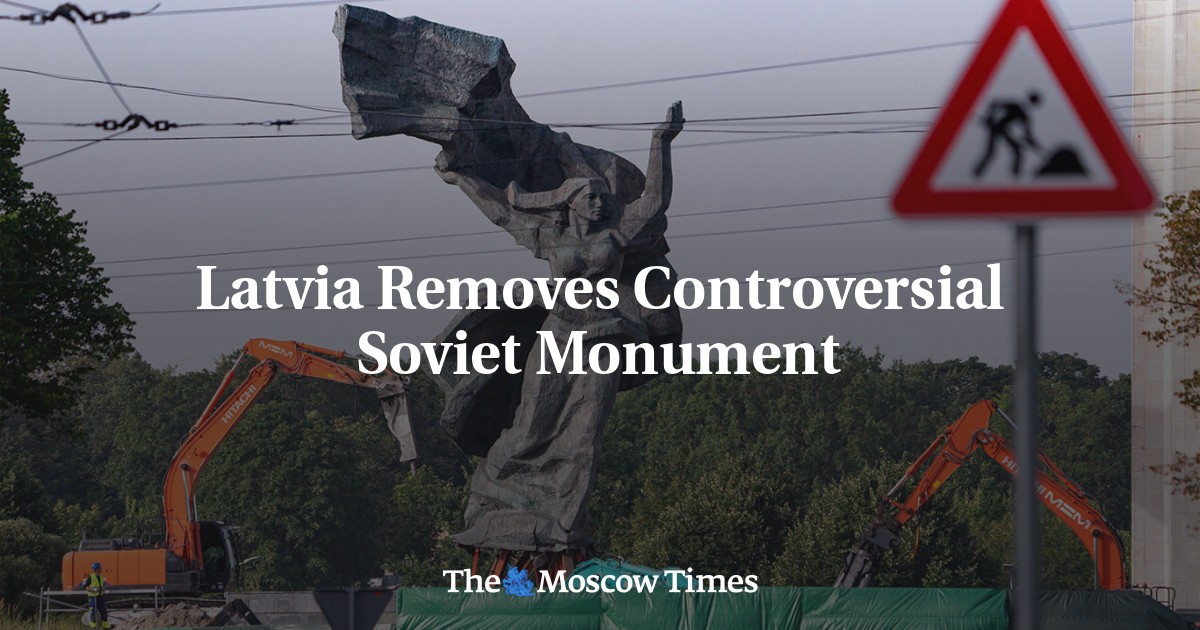 Latvia on Thursday took down a Soviet-era monument in Riga following Russia’s invasion of Ukraine, despite protests from the Baltic state’s ethnic Russian minority to keep it.

Demolition machinery was used to remove the 79-meter World War II memorial, which has become a rallying point for Kremlin supporters in Latvia, according to an AFP journalist at the scene.

Latvia, like fellow Baltic states Estonia and Lithuania, is a NATO and EU member that has shown strong support for Ukraine in the conflict with Russia.

Built in 1985, the Monument to the Liberators of Soviet Latvia and Riga from the German Fascist Invaders had featured statues of soldiers and a woman surrounding a central obelisk.

Local officials were forced to take down the monument after parliament voted to remove all remaining Soviet statues, plaques and bas-reliefs by mid-November.

Latvia’s ethnic Russian community — which makes up 30 percent of the population — had protested against the removal of the Victory Memorial.

Every year, thousands of ethnic Russians rallied at the monument on May 9 to commemorate the victory over Nazi Germany in 1945.

Most Latvians see this date as the beginning of Soviet occupation, which lasted until 1991.

A group of activists attempted to demolish the monument with dynamite in 1997 but the explosives detonated unexpectedly, killing two people.