Kremlin Makes It Easier for Ukrainians to Live, Work in Russia – The Moscow Times 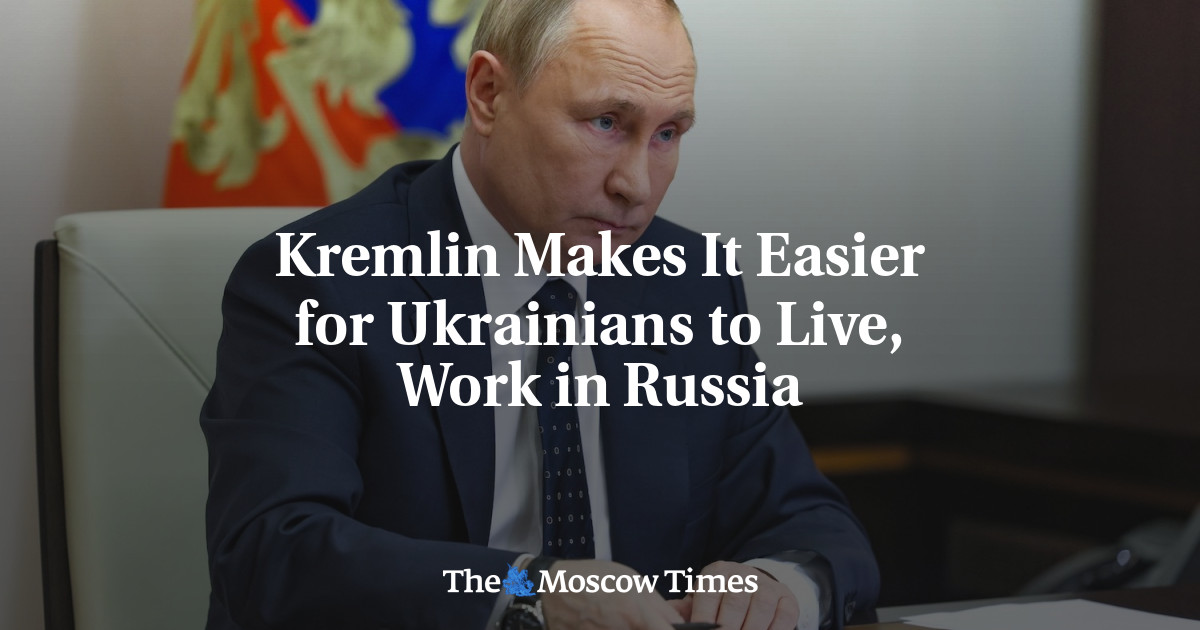 Russian President Vladimir Putin has signed a decree allowing Ukrainian passport holders who have entered Russia since Kremlin’s offensive to live and work in the country indefinitely.

Up until now, Ukrainians could only stay in Russia for a maximum of 90 days within a 180-day period. To stay longer or to work, one had to get special authorization or a work permit.

The new measure allows Ukrainian citizens and people from Ukraine’s separatist eastern regions that Russia recognizes as independent to work in Russia without a work permit and to live in the country “without a time limit,” according to the temporary decree published on Saturday.

To be eligible, applicants will have to be fingerprinted, photographed and undergo a test for drugs and any infectious diseases.

The decree also forbids the deportation of Ukrainian citizens, except for those released from prison or those deemed to pose a threat to Russia’s security.

In another decree, Putin ordered social payments be made available to vulnerable persons, including pensioners, handicapped or pregnant women, who left Ukraine or the separatist territories because of the offensive.

According to Moscow 3.6 million Ukrainian nationals, including 587,000 children, had entered Russia since the start of the offensive in late February.

In July, the Kremlin made it easier for Ukrainians to receive Russian nationality, a measure denounced by Kyiv.