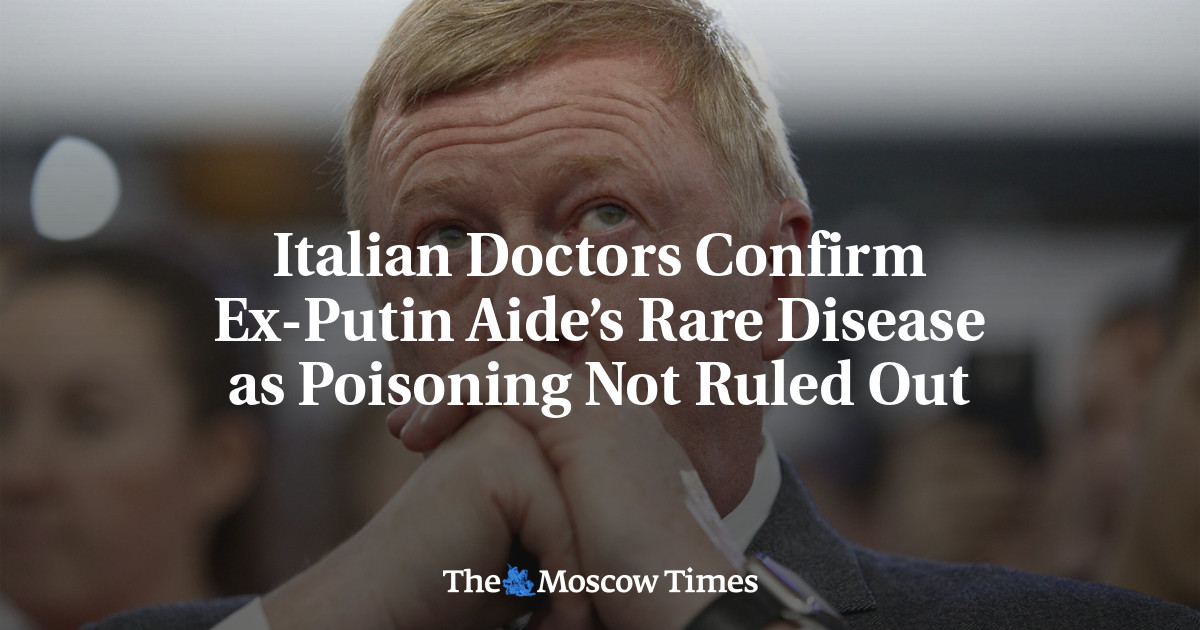 
Italian doctors have confirmed the rare neurological disorder that debilitated President Vladimir Putin’s former senior aide as authorities continue to await in-depth test results to rule out poisoning, according to a family friend and Italian media.

Veteran reformer and former Kremlin climate envoy Anatoly Chubais, 67, was hospitalized with what he said was Guillain-Barré syndrome over the weekend. Chubais resigned and left Russia in March in the highest-level resignation of its kind following President Vladimir Putin’s order to invade Ukraine.

The cause of Guillain-Barré syndrome, in which the immune system attacks the nerves and causes rapid-onset muscle weakness, is not yet known and recovery can take years.

“His condition has stabilized but Anatoly Borisovich [Chubais] is still in intensive care; his legs and arms are not working well, his eyes won’t close and he has partial facial paralysis,” Sobchak said.

Chubais is protected by a “super escort” of private agents at a private hospital in the northern Sardinian town of Olbia, the ANSA news agency reported.

A history of suspected poisoning cases against Putin foes and reports of authorities in hazmat suits searching his room have sparked speculation that Chubais may have been poisoned.

“Although the poisoning hypothesis appears less and less likely, the results of in-depth medical tests he underwent in a private hospital are expected to make this certain,” it said.

The prosecutor of the northern Sardinian town of Tempio Pausanias reportedly visited Chubais on Tuesday “to check on his health conditions and gather information on the incident.”

No official investigation has been opened and the prosecutors have only carried out “informative” activities on the insistence of Chubais’ wife due to past cases of poisonings, ANSA reported.