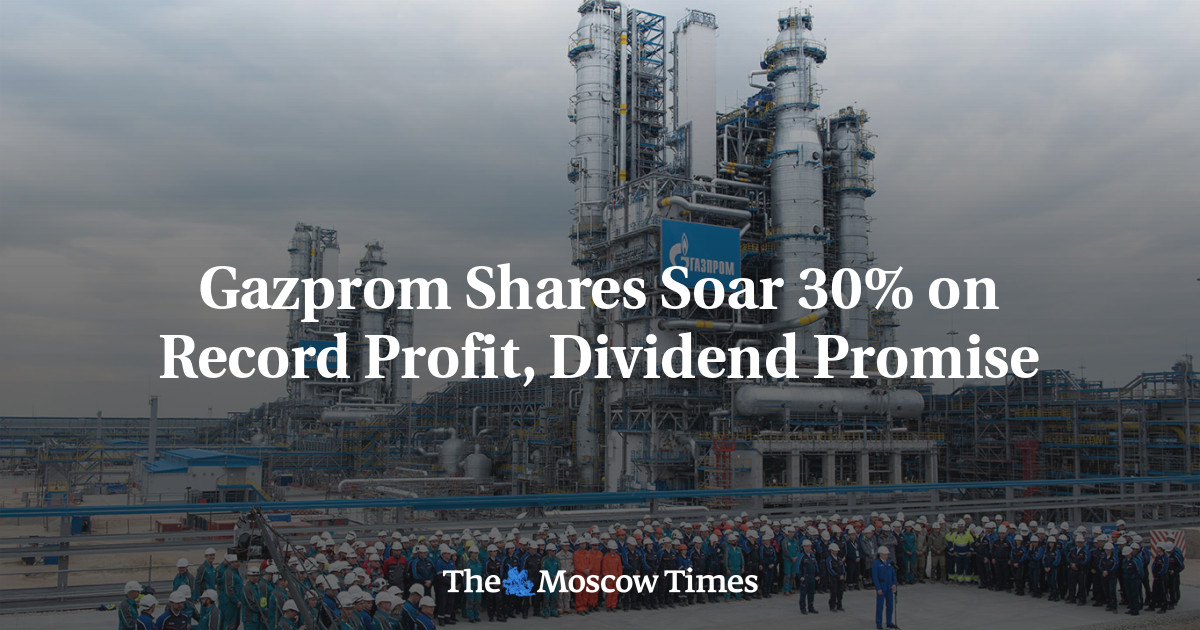 Russian gas giant Gazprom’s shares skyrocketed more than 30% on Wednesday after its board recommended paying dividends on record net profits in the first half of this year.

State-owned Gazprom said the day before that it made a record 2.5 trillion rubles ($41.36 billion) in net profit in the first six months of this year “despite sanctions pressure and an unfavorable external environment.”

As a result, Gazprom’s board of directors recommended paying 1.2 trillion rubles at 51.03 rubles ($0.85) per ordinary share in interim dividends.

The dollar-denominated RTS index and ruble-denominated Moscow Exchange rose by 3.6% and 4.7%, respectively.

Gazprom canceled a would-be record 1.24-trillion-ruble payout on 2021 dividends in June. That decision, the first time Gazprom had not paid dividends since 1998, dropped the company’s shares 30%.

The company has seen higher profits in recent months — despite the war in Ukraine and Western sanctions — because of soaring energy prices.

Gazprom shareholders are expected to approve or reject the board’s recommendation by the end of next month.