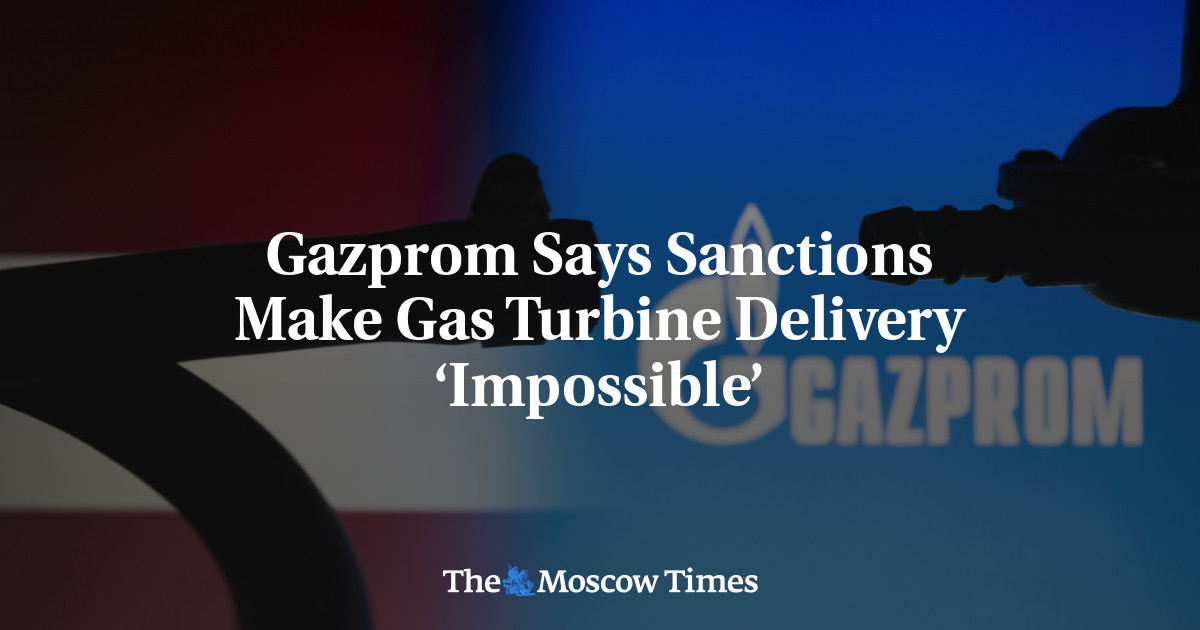 
Russian energy giant Gazprom said Wednesday that delivery of a turbine needed to keep gas flowing to Europe via the Nord Stream 1 pipeline was “impossible” due to sanctions on Moscow.

“Sanctions regimes in Canada, in the European Union and in Britain, as well as the inconsistencies in the current situation concerning the contractual obligations of [turbine maker] Siemens make the delivery impossible,” Gazprom said in a statement.

The statement risks further increasing concern in European countries who suspect Moscow is looking for an excuse to delay the turbine’s return to Russia and further reduce its gas deliveries.

German Foreign Minister Annalena Baerbock said Russian President Vladimir Putin was trying to “play games with us” but said there was “no chance” he could split the Western alliance.

Earlier on Wednesday, Chancellor Olaf Scholz accused Russia of blocking the delivery of the key turbine to throttle gas supplies to Europe, as he raised the possibility of keeping nuclear plants going.

The continent’s biggest economy has been scrambling for energy sources to fill a gap left by a reduction in gas supplies from Moscow.

Baerbock acknowledged it had been “a mistake to be so dependent on Russian cheap gas”, prompting a drastic change in German energy policy to phase it out.

The delayed return of the turbine from Canada, where the unit was being serviced, was behind an initial reduction in gas deliveries via the Nord Stream 1 gas pipeline in June, according to Gazprom.

Supplies via the energy link were further reduced to around 20% of capacity in late July, after Gazprom halted the operation of one of the last two operating turbines due to the “technical condition of the engine.”