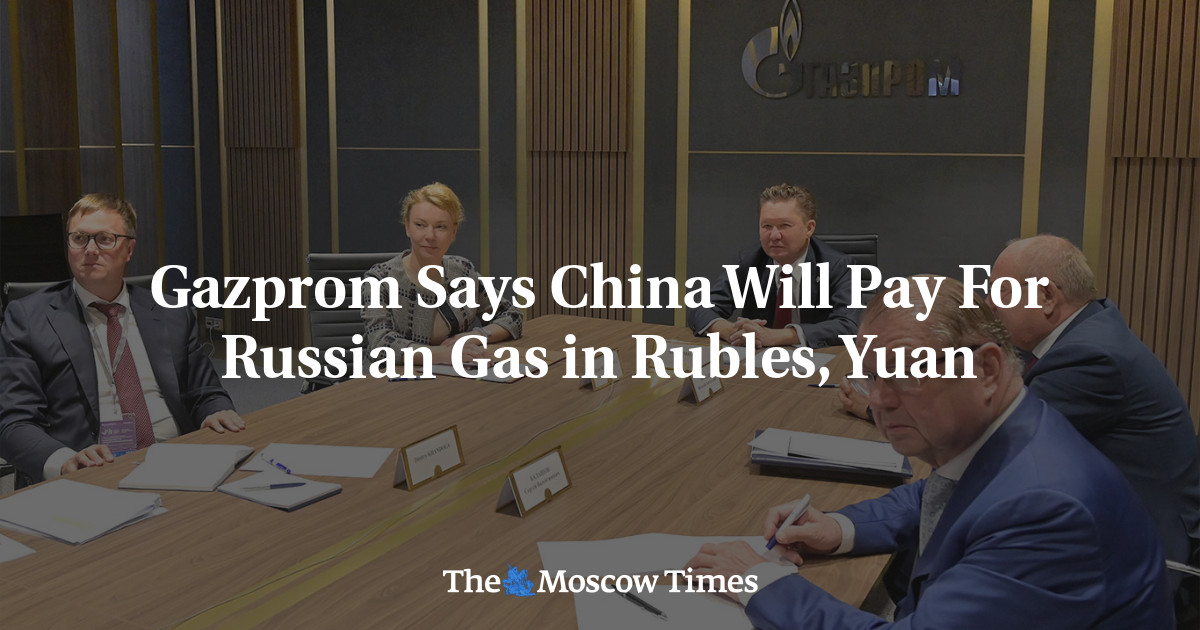 Russian gas giant Gazprom said Tuesday that China will start paying for Russian gas in rubles and yuan instead of Western currency, as Moscow seeks closer ties with Beijing in the wake of economic sanctions over the Kremlin’s war in Ukraine.

“A transition was made to making payments for Russian gas supplies to China in the national currencies of the countries — the ruble and yuan,” Gazprom said in a statement following a video conference meeting with Chinese oil group CNPC.

Miller added that the new measures will “simplify calculations” and “become an excellent example for other companies.”

Amid the war in Ukraine and the deterioration of ties between Moscow and the West, Russia has redirected gas exports to China with Gazprom saying in July that daily gas flows to China were at record levels.

Gazprom delivered 10.4 billion cubic meters of gas to China in the first six months of this year, according to Vedomosti newspaper.

Russia insisted European countries pay for Russian gas in rubles shortly after the start of the Ukraine war, and has since reduced or halted gas flows to many European nations.