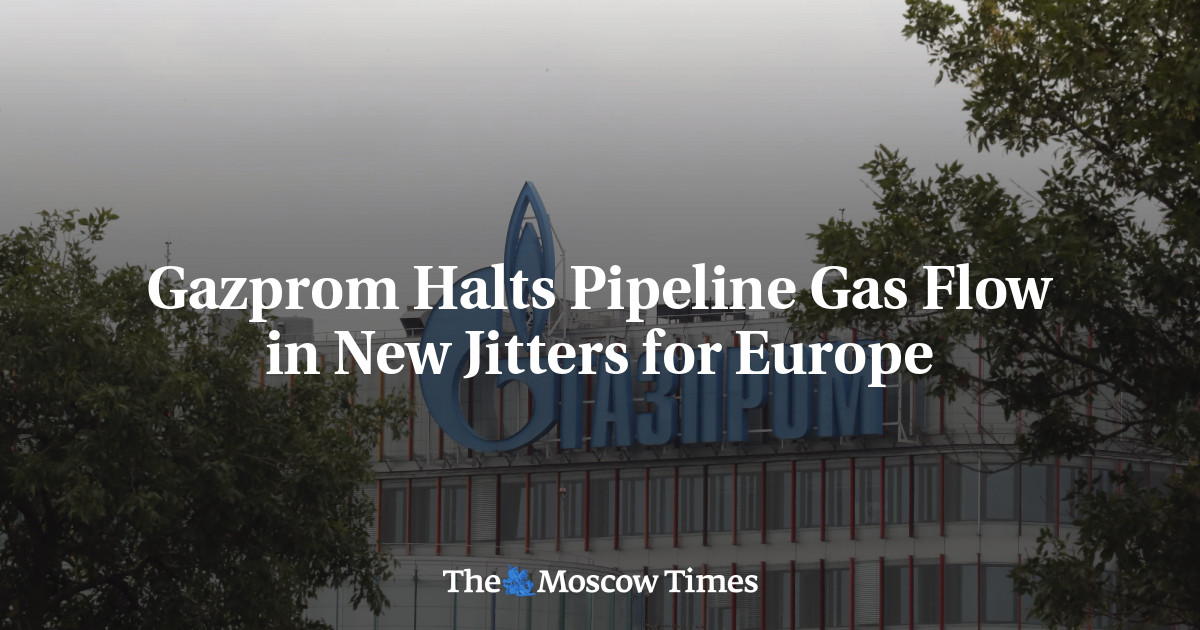 Russian energy giant Gazprom on Wednesday cuts off its gas supplies to Germany via the Nord Stream 1 pipeline for maintenance work, further raising tensions on an already taut electricity market.

The three-day works at a compressor station are “necessary,” Gazprom has said, adding that they had to be carried out after “every 1,000 hours of operation.”

But Germany’s Federal Network Agency chief Klaus Mueller has called it a “technically incomprehensible” decision, warning that it was likely just a pretext by Moscow to wield energy supplies as a threat.

Experience shows that Moscow “makes a political decision after every so-called maintenance,” he said, adding that “we’ll only know at the beginning of September if Russia does that again.”

Europe has been on edge over soaring energy prices as Russia curbed its gas deliveries in the wake of its invasion of Ukraine.

Germany, which is heavily dependent on Russian gas, has accused Moscow of using energy as a “weapon.”

With winter round the corner, European consumers are staring down the barrel of huge power bills. Some countries like France have warned that rationing is a possibility.

Asked if gas supplies would resume after the three-day works are completed on Saturday, Russian government spokesman Dmitry Peskov said “there is a guarantee that, apart from technical problems caused by sanctions, nothing interferes with supplies.”

Western capitals “have imposed sanctions against Russia, which do not allow for normal maintenance, repair work,” he added, in what appeared to hint at a replay of an earlier round of start-stop rigmarole.

Gazprom had already carried out 10 days of long-scheduled maintenance works in July. While it restored gas flows following the works, it drastically dwindled supplies just days later, claiming a technical issue on a turbine.

The Russian company insists that a key turbine could not be sent to Russia because of sanctions on Moscow. But Germany, where the turbine was located, has said Moscow was itself in fact blocking the turbine’s delivery to Russia.

“In July, it was regular maintenance planned for a long time by Nord Stream 1, this time it was not planned and we don’t know what is behind this operation,” the official said on condition of anonymity.

A day ahead of the new shutdown, Chancellor Olaf Scholz said Germany was now “in a much better position” in terms of energy security, having achieved its gas storage targets far sooner than expected.

Europe as a whole was also getting a march on filling its gas storage tanks. On Sunday, storage levels were already at 79.9% of capacity in the EU.

At the same time, fears over throttled supplies have also driven companies to slash their energy usage.

Germany’s industry consumed 21.3% less gas in July than the average for the month from 2018 to 2021, said the Federal Network Agency.

Mueller has said such pre-emptive action “could save Germany from a gas emergency this winter.”

And Europe’s biggest economy was already racing to turn its back on Russian gas.

At the German coastal city of Lubmin, where Nord Stream 1 comes onshore, plans are already well underway for the switch to liquefied natural gas (LNG).

The LNG, transported in by ships, will arrive at Lubmin’s industrial port and be converted back into gas and pumped into Gascade’s distribution network, which has so far been used to funnel Russian gas around the country.

“We expect to be able to inject gas into the distribution network on Dec. 1,” said Stephan Knabe of Deutsche ReGas — the company managing the LNG project.

The company believes that up to 4.5 billion cubic meters of gas can be imported via the Lubmin LNG terminal alone, making up around 8% of Nord Stream 1’s capacity.

Europe as a bloc meanwhile was preparing to take emergency action to reform the electricity market in order to bring galloping prices under control. Fear of shortages of natural gas has driven futures contracts for electricity in France and Germany to record levels.