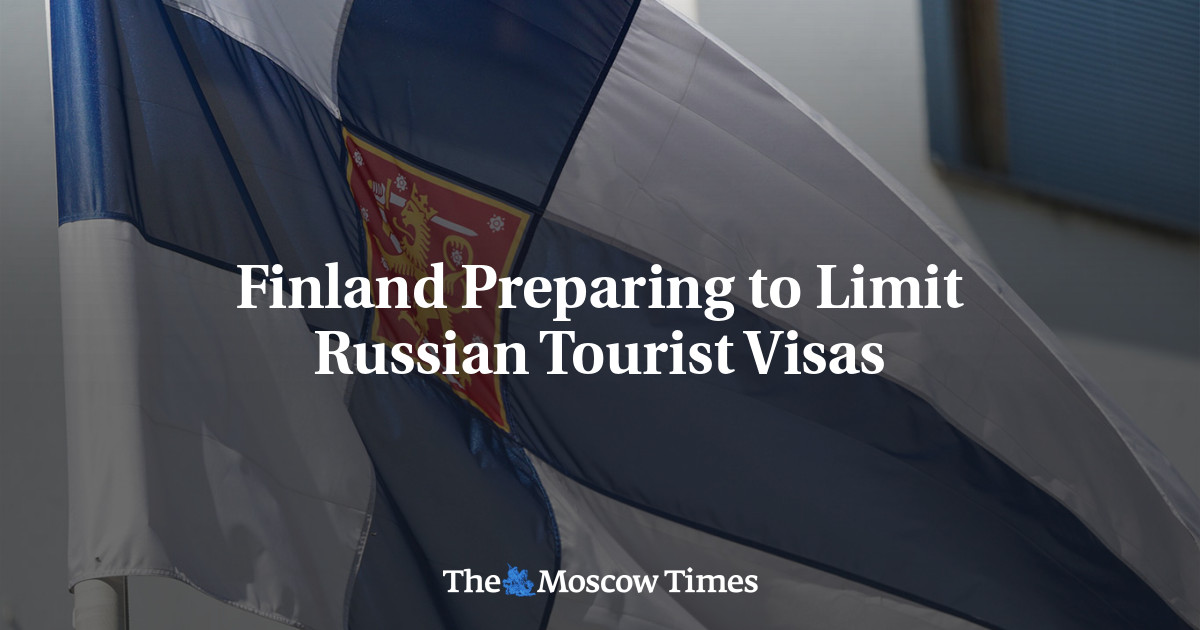 
Finland’s Foreign Minister on Thursday presented a plan for limiting tourist visas issued to Russians after increasing tourism from its eastern neighbor spurred discontent due to the war in Ukraine.

As flights from Russia to the EU have been halted, Finland has become a transit country for many Russians seeking to travel further into Europe.

“Many saw this as a circumvention of the sanctions regime,” Foreign Minister Pekka Haavisto told AFP.

Finland is seeking NATO membership after political and popular support for the alliance soared following Moscow’s invasion of Ukraine, but the Nordic country remains Russia’s only EU neighbor without restrictions on tourist visas for Russian citizens.

Although the Schengen regime and Finnish law do not allow for an outright ban on visas based on nationality, Finland can reduce visa numbers issued based on category, Haavisto noted.

“Tourism category can be restricted in the terms of how many visas can be applied for in a day,” Haavisto said.

Finland’s foreign ministry on Thursday presented a proposal to the government that would allow Finland to “give preference” to groups like family members and students while reducing tourist visas.

Although the government gave the “green light” to continue preparations, Haavisto said he believed the final decision to adopt it could be taken by the end of the month.

As many travelers enter Finland with visas issued by another Schengen country, Haavisto emphasized the need for an EU-level decision on the matter.

Finland intends to raise the issue at the next meeting of EU foreign affairs ministers in the Czech Republic on August 30.

“Otherwise it can happen that when one country reduces visa numbers, another country might increase,” Haavisto said.