Fighting Reported Inside Russian-held City of Kherson – The Moscow Times 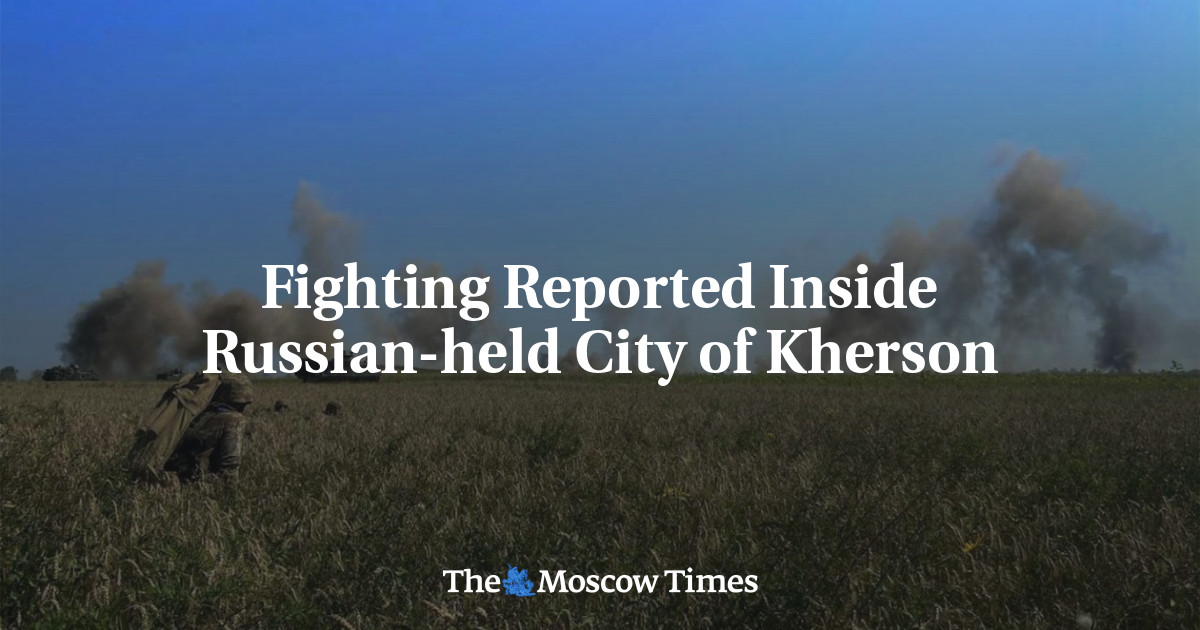 Gunfire was reported Tuesday in southern Ukraine’s Russian-occupied city of Kherson amid Kyiv’s counteroffensive to retake the surrounding region from Russian troops.

Shots were also heard outside a prison colony in the southern part of the city, according to Ukraine’s UNIAN news agency.

It was impossible to immediately confirm who was involved in the shooting, and whether Ukrainian troops were inside the city.

“Everything is under control. They were all killed,” he said, according to TASS.

Reportedly an explosion on the outskirts of Kherson. 2/https://t.co/wXPlnpWo0L pic.twitter.com/O91ifquKTb

The uptick in military activity around Kherson, which had a pre-war population of 280,000, comes amid what appears to be the start of a major Ukrainian effort to take back areas in the south seized by Russia after its February invasion.

Stremousov previously said that the Kherson region was not threatened by Ukraine’s counteroffensive due to “several lines of defense.”