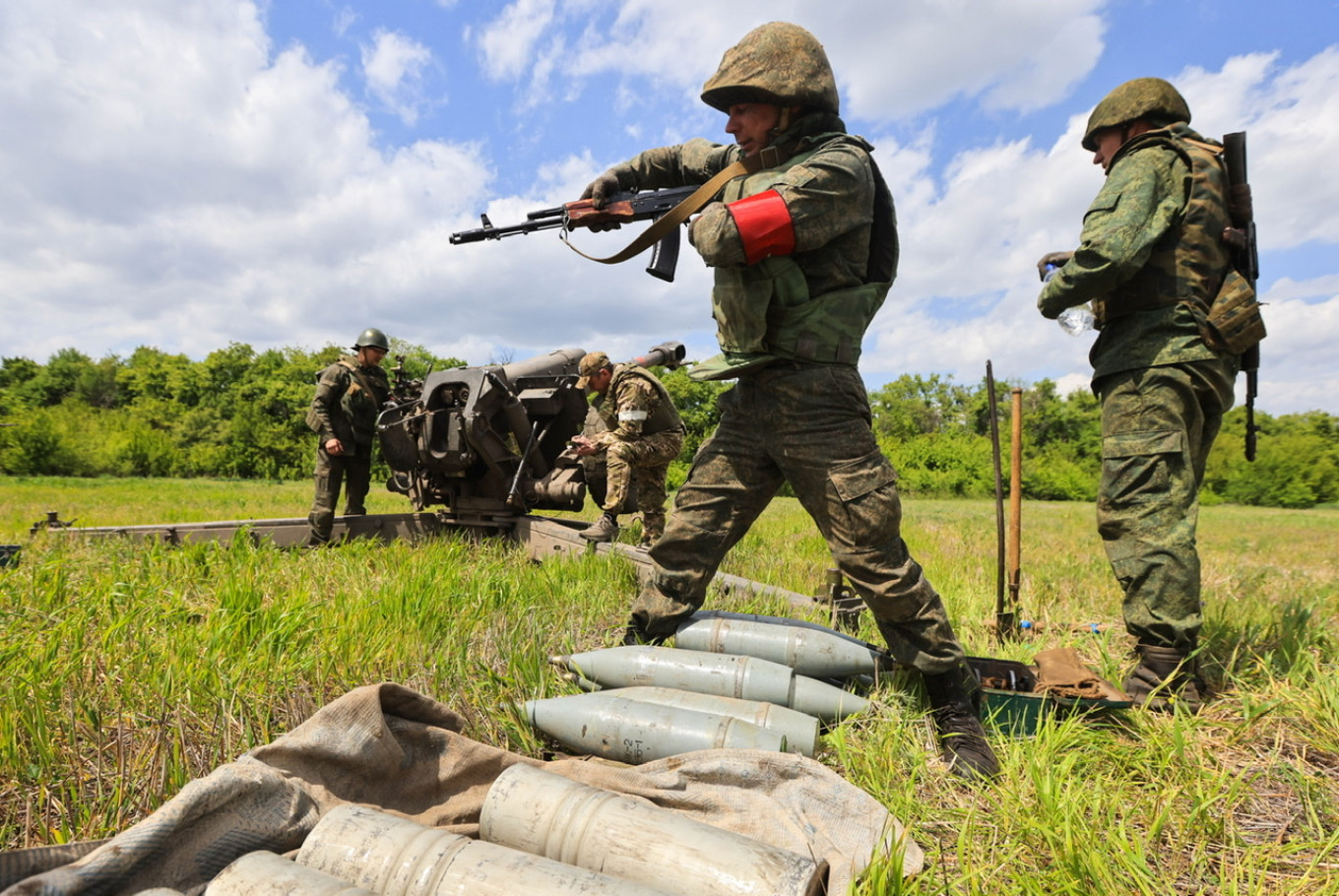 
Ukraine’s forces were fighting off a fierce Russian onslaught on the east of the country Sunday after a Eurovision victory gave the country a much-needed boost of morale.

President Volodymyr Zelensky warned on Saturday that the war in his country risked triggering global food shortages, adding that the situation in Ukraine’s Donbas is “very difficult.”

Russia, which invaded Ukraine on February 24, has increasingly turned its attention to the country’s east since the end of March, after failing to take the capital Kyiv.

Western analysts believe President Vladimir Putin has his sights on annexing southern and eastern Ukraine in the months ahead but his troops have appeared to be encountering stiff resistance.

Russia’s war in Ukraine is increasingly shifting the balance of power in Europe, with Finland and Sweden poised to jettison decades of military non-alignment to join NATO as a defense against feared further aggression from Moscow.

Helsinki is set to formally announce its bid for membership on Sunday.

But as a conflict that has displaced millions dragged towards its third month, Ukrainians were offered a much-needed boost of optimism as a rap lullaby combining folk and modern hip-hop rhythms won the Eurovision song contest.

“Stefania,” which beat out a host of over-the-top acts at the quirky annual musical event, was written by frontman Oleh Psiuk as a tribute to his mother before the war — but its nostalgic lyrics have taken on outsized meaning because of the conflict.

There was also optimism from Kyiv’s head of military intelligence, who told the U.K.’s Sky News on Saturday that the war could reach a “breaking point” by August and end in defeat for Russia before the end of the year.

Major General Kyrylo Budanov told the news network that he was “optimistic” about the current trajectory of the conflict.

On the ground, the governor of the eastern Lugansk region, Serhiy Gaidai, said Ukrainian forces had prevented Russian attempts to cross a river and encircle the city of Severodonetsk.

“From interceptions [of phone calls], we understand that a whole [Russian] battalion has refused to attack because they see what’s happening.”

The highly risky maneuver reflected “the pressure the Russian commanders are under to make progress in their operations in eastern Ukraine,” it added.

But Moscow’s forces had “failed to make any significant advances despite concentrating forces in this area,” it said.

In Washington, a senior US defense official said most of the activity was now in the Donbas area.

Kharkiv regional governor Oleh Synegubov meanwhile said in a video on Telegram that Ukrainian forces were counter-attacking in the direction of the northeastern city of Izium.

And the Ukrainian General Staff said troops had managed to push Russian troops out of Kharkiv, a priority target for Moscow.

“The enemy’s main efforts are focused on ensuring the withdrawal of its units from the city of Kharkiv,” a spokesman said.

On Friday, Zelensky said his troops would fight to recapture all occupied territory, and those under siege, including in the devastated southern port city of Mariupol.

There, the last defenders of the city are holed up in a warren of underground tunnels and bunkers at the vast Azovstal steelworks under heavy bombardment.

The United Nations and Red Cross helped to evacuate women, children and the elderly from the plant whey there were sheltering earlier this month.

Petro Andryushchenko, an advisor to the mayor of the city, said on Telegram that a “huge convoy” of 500 to a thousand cars had arrived in the city of Zaporizhia.

“Finally, we are waiting for our relatives from Mariupol at home,” he said.

Finnish officials said power supplied by Sweden had made up for the losses.

Ahead of talks with NATO members in Berlin, Finnish Foreign Minister Pekka Haavisto said he was “confident that in the end we will find a solution and Finland [and] Sweden will become members of NATO.”

Earlier, in a phone call initiated by Helsinki, President Sauli Niinisto had a “direct and straightforward” conversation with Putin.

Putin, however, told him that Finland joining NATO would be a “mistake,” insisting that Russia posed “no threat to Finland’s security,” the Kremlin said.

“The Ukrainians are fighting bravely against a deranged invader and have already succeeded beyond skeptics’ wildest dreams,” McConnell said in a statement.

“They are willing and determined to keep fighting to victory.”

The war is also having deep ripple effects on the global economy, with wheat prices soaring in the wake of the invasion.

“Now support for Ukraine — and especially with weapons — means working to prevent global famine,” Zelensky said in his address.

“The sooner we liberate our land and guarantee Ukraine’s security, the sooner the normal state of the food market can be restored,” he said.

Before the invasion, Ukraine exported 4.5 million tonnes of agricultural produce per month through its ports — 12 percent of the planet’s wheat, 15 percent of its corn and half of its sunflower oil.

But with the ports of Odessa, Chornomorsk and others cut off from the world by Russian warships, the supply can only travel on congested land routes that are much less efficient.

India had previously said it was ready to help fill some of the supply shortages caused by the war.

But on Saturday the country banned wheat exports without government approval, drawing sharp criticism from the G7’s agriculture ministers meeting in Germany, who said that such measures “would worsen the crisis.”

G7 ministers urged countries not to take restrictive action that could pile further stress on the produce markets.

They “spoke out against export stops and call as well for markets to be kept open,” said German Agriculture Minister Cem Ozdemir, whose nation holds the rotating presidency of the group.