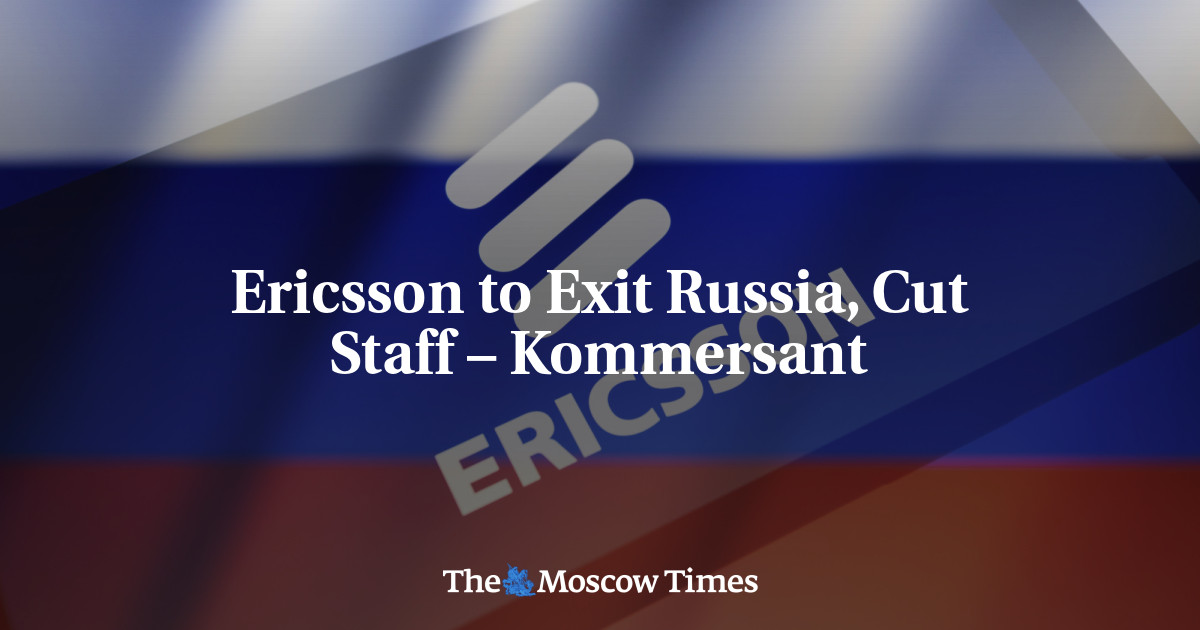 Ericsson’s headquarters in Stockholm had informed its Russian unit on Aug. 22 that it will shut down and employees will be fired by the end of 2022, Kommersant reported, citing unnamed telecom industry sources. Ericsson employs 565 people in Russia, according to corporate data.

The company vowed financial and social support to outgoing staff in comments to the publication, and said it will complete the phaseout in the coming months “as it fulfills its obligations to customers,” according to Kommersant.

At least two top Russian mobile operators, MTS and Tele2, had major contracts with Ericsson prior to Russia’s invasion of Ukraine. Corporate data estimates Ericsson’s share of the Russian telecom equipment market at 20%.

Experts told the publication that Ericsson could either create a separate legal entity for tech support, or Russian mobile operators could hire its outgoing staff to maintain aging equipment.

The three companies account for nearly three-quarters of the global base station market.