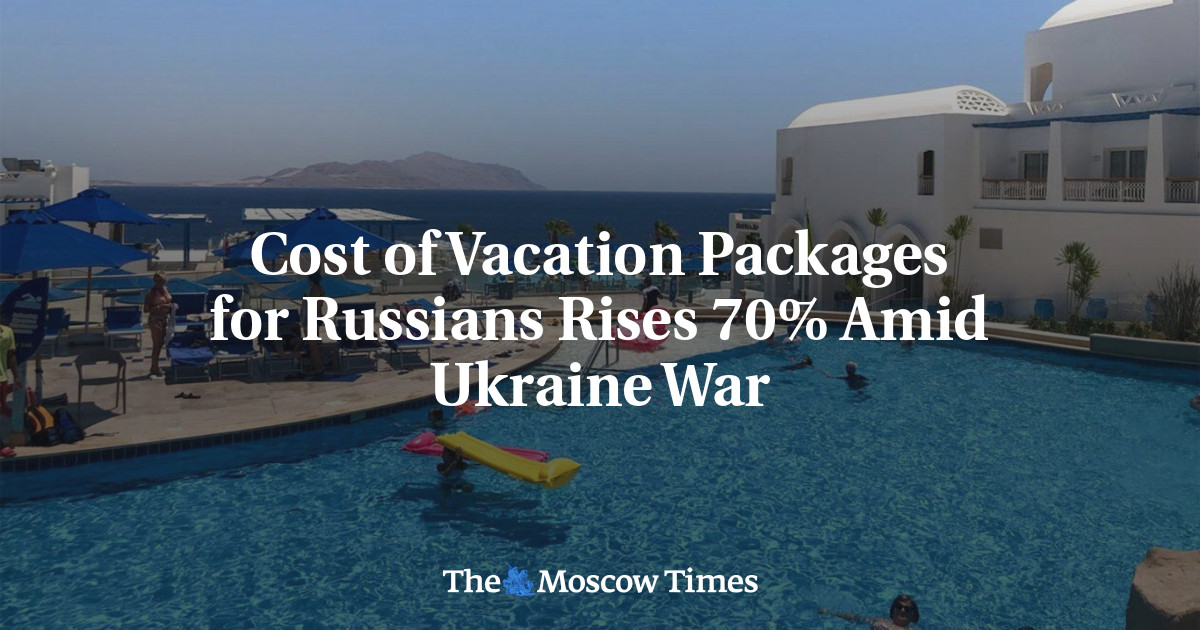 The cost of foreign vacation packages for Russian tourists has increased between 50% and 70%, according to data from the Association of Tour Operators in Russia (ATOR) cited Tuesday by RBC news outlet.

The hefty price increase comes as a result of some Western countries closing air space to Russian air carriers and the arrest of at least 77 Russian planes abroad, RBC cited ATOR deputy head Artur Muradyan as saying in an interview with Russia’s state-run TASS agency.

The price of many flights out of the country has also doubled since the start of Russia’s invasion of Ukraine, according to ATOR.

“The cost of a flight — due to demand for regular flights and their limited availability — has increased by an average of 60% to 100%,” RBC quoted Muradyan as saying.

Russia’s tourism industry has lost tens of billions of rubles due to Western sanctions against Russia in response to the invasion of Ukraine, an ATOR representative told TASS earlier this year.