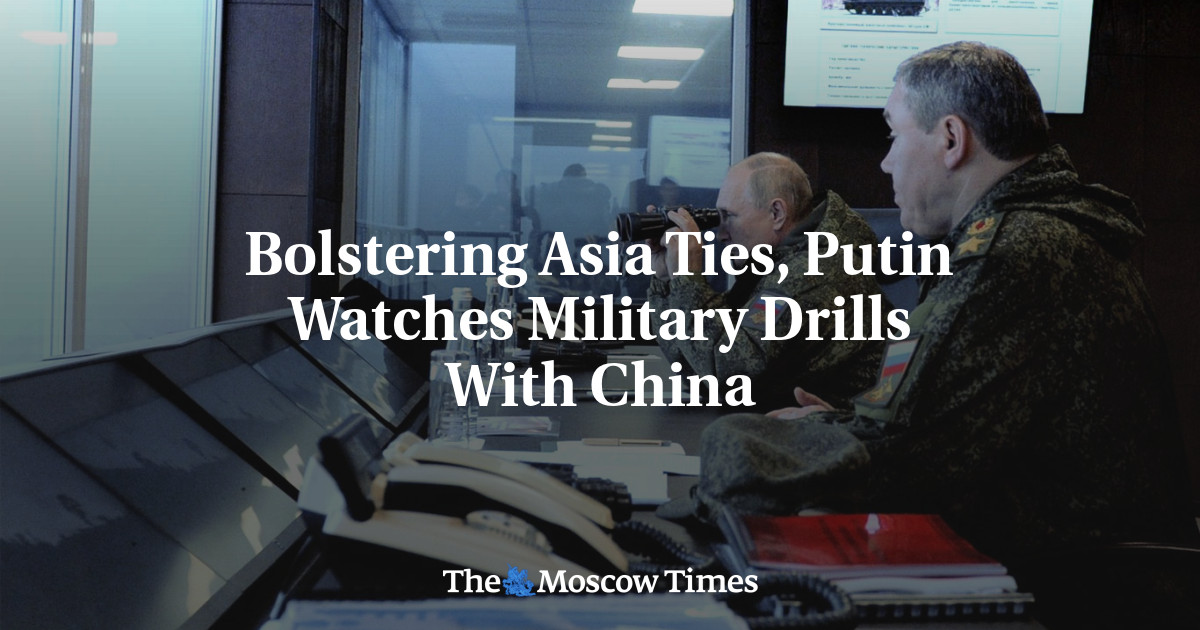 Russia has found itself increasingly isolated as tensions between Moscow and Western capitals soared since Russia sent troops into pro-Western Ukraine in February.

Slapped with unprecedented sanctions from Washington and Brussels, Putin has pursued closer ties with countries in Africa, South America and Asia — especially China.

The drills, involving several of Russia’s neighbors, as well as Syria, India and key ally China, started on Sept. 1 and are due to end Wednesday.

According to Moscow, over 50,000 soldiers and more than 5,000 units of military equipment, including 140 aircraft and 60 ships, were to be involved in the drills.

Similar drills were last held in 2018, although they were much larger in size.

Putin’s visit to Russia’s Far East will continue on Wednesday in the port city of Vladivostok where he is expected to address the Eastern Economic Forum.

Over 5,000 people will be taking part in the four-day forum that kicked off on Monday with the largest delegation hailing from China, according to the Kremlin.

At the forum’s plenary session Putin will be joined by China’s top legislator Li Zhanshu — who ranks third in the Chinese government hierarchy — with a bilateral meeting also on the agenda.

Li will become the highest-ranking Communist party politician to travel to the country since Moscow’s military intervention in Ukraine.

“Russia-China relations of comprehensive partnership and strategic cooperation are developing progressively,” the Kremlin said in a statement ahead of the meeting.

It also noted “China’s balanced approach to the Ukraine crisis” and Beijing’s “understanding” of the reasons behind Russia’s offensive.

Beijing and Moscow have drawn closer in recent years, ramping up cooperation as part of what they call a “no limits” relationship, acting as a counterweight to the global dominance of the United States.

Beijing has refused to condemn Moscow’s intervention in Ukraine and provided diplomatic cover by blasting Western sanctions and arms sales to Kyiv, heightening tensions between China and the West.

Tensions were further strained during the August visit of US House Speaker Nancy Pelosi to self-ruled, democratic Taiwan, which China considers its territory.

Moscow was in full solidarity with Beijing during the visit with Putin accusing Washington of “destabilising” the world.

At the economic forum, Putin was also expected to hold a bilateral meeting with Myanmar junta chief Min Aug Hlaing.

Russia and China have been accused of arming Myanmar’s junta with weapons used to attack civilians since last year’s coup.