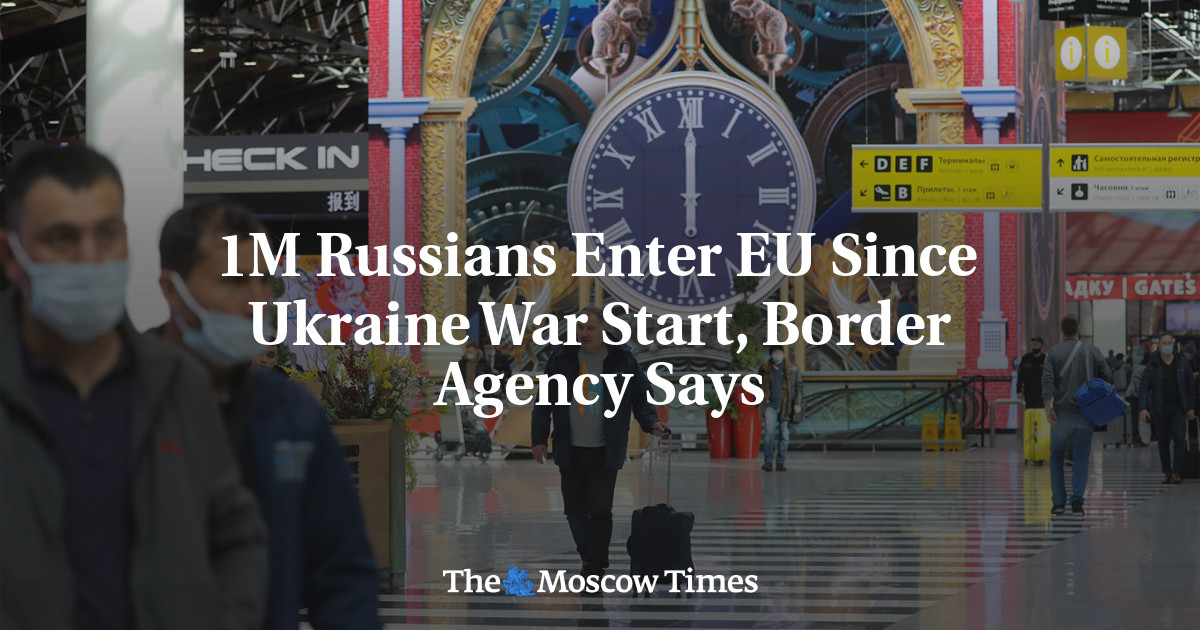 Nearly 1 million Russian citizens have fled to the European Union in the six months since their country invaded Ukraine, the EU’s border agency Frontex said Thursday.

A total of 998,085 Russian passport holders have entered the EU from the day of the invasion on Feb. 24 to Aug. 22, a Frontex spokesperson told Germany’s DPA news agency.

Meanwhile, some 7.7 million Ukrainian citizens have fled to the EU and 4.7 million returned to their homeland since the Russian invasion, Frontex said on Aug. 12.

The EU’s border agency recorded fewer entries among Russian citizens in the week of Aug. 16-22 from the previous week as the bloc’s 27 members debate a proposed visa ban for Russian tourists.

In a compromise with members that oppose such broad measures, the Czech government is expected to propose higher costs and processing times for Russians’ and Belarusians’ short-term entry visas at an EU meeting Wednesday.

The European Commission last week emphasized the need for humanitarian access into the EU for dissident Russians, saying visa applications should be assessed individually and not under a blanket rule.