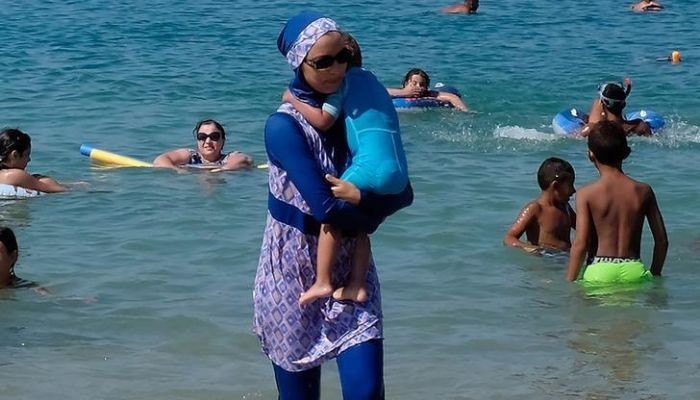 TORONTO: A Muslim mother-daughter duo who were wearing burkinis were disallowed to swim at a waterpark in Canada, reported Andalou Agency.

Burkinis are full-body swimsuits often used by Muslim women. The suit covers the whole body except the face, hands, and feet. The family was told they could not use the pool, wearing burkinis.

Halima said that her daughter was crying when the family was told off.

“It wasn’t really a pleasing moment for us,” she said.

Her daughter Dalma Douida said that she was not even shocked when the incident occurred.

The 14-year-old added that “Muslim women or anyone who dresses modestly” should speak up.

After a health inspector intervened, the family was given permission to use the water slides saying the burkini was not against public health rules.

However, the family decided to leave.

The resort’s owner said that he stopped the women because he was not aware of the burkini and thought it was casual streetwear.

He said he wanted to apologise to the family.