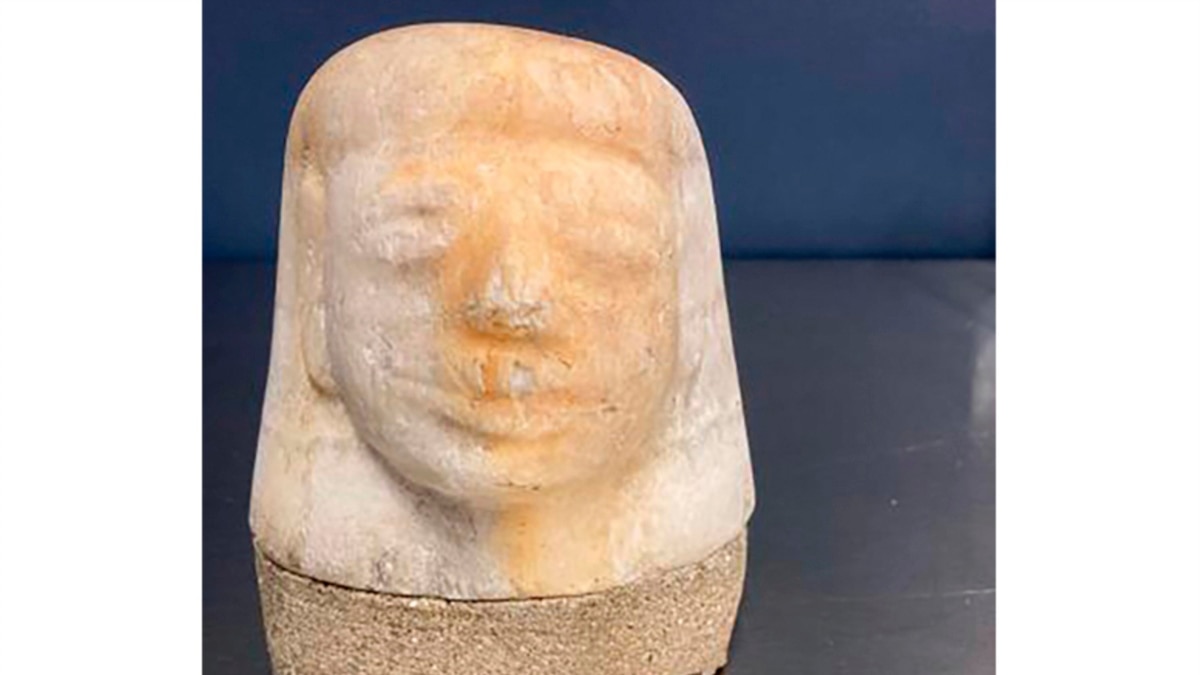 Federal agents in Memphis have seized a potentially 3,000-year-old ancient Egyptian artifact that was shipped in from Europe.

U.S. Customs and Border Protection says they intercepted the Egyptian canopic jar lid of the funeral deity named Imsety on August 17. The jars were used to hold the internal organs of mummies.

The agency says the item was sent from a dealer to a private buyer in the U.S., and the shipper made contradicting statements about its value.

Experts at the University of Memphis Institute of Egyptian Art and Archaeology helped determine the artifact’s authenticity. The agency says the lid is likely from 1069 B.C. to 653 B.C.

Authorities say the item is protected by bilateral treaties and is an archaeological import subject to seizure under the Convention on Cultural Property Implementation Act of 1983. The artifact was turned over to Homeland Security Investigations for further examination.