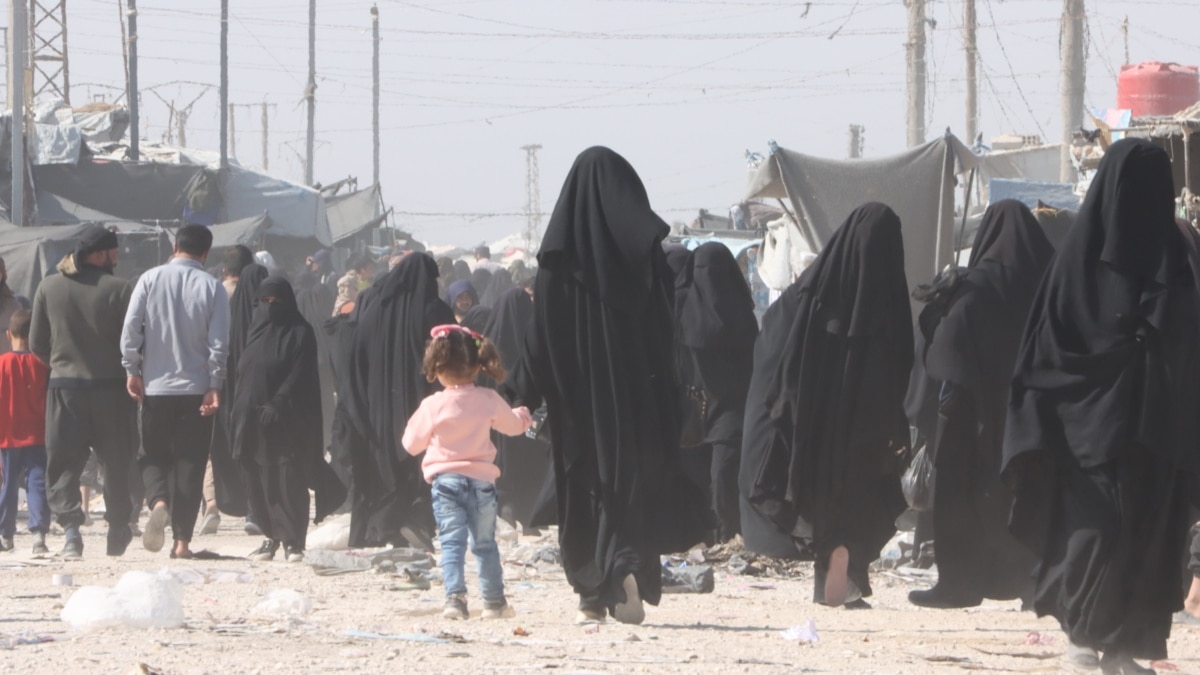 Kurdish forces said they had arrested dozens of suspects at a camp in Syria housing relatives of Islamic State group members as part of a crackdown on the jihadists this week.

Al-Hol is the largest camp for displaced people who fled after IS was dislodged from its last scrap of Syrian territory in 2019 by Kurdish-led forces backed by a U.S.-led coalition.

It is still home to more than 56,000 people, mostly Syrians and Iraqis but also including other foreigners linked to the Sunni Muslim extremists.

The camp located in northeastern Syria has grown increasingly volatile this year, with at least 26 people murdered, according to the United Nations.

The sweep launched on Thursday “aims to arrest IS operatives in the camp who are behind terrorist attacks,” said Siyemend Ali of the People’s Protection Units (YPG), a Kurdish militia.

So far at least 27 suspects have been detained, he said from Al-Hol.

“Our forces began to dismantle empty tents used by IS during attacks and started registering the names of residents… and collecting their fingerprints,” Ali said.

They mounted black armored vehicles and restricted the movement of people to carry out the operation, they added.

Women and children were patted down by security forces who ushered them to special rooms to get their fingerprints.

The Kurdish-led Syrian Democratic Forces announced the start of the operation to clear Al-Hol on Thursday.

In a statement, the SDF called Al-Hol a “hot bed” for IS jihadists and their supporters, arguing it was a fertile ground for the group to gain new recruits.

The operation followed earlier campaigns launched in Al-Hol to flush jihadist fighters out of the camp, it added.

The IS group’s self-declared caliphate, established from 2014, once stretched across vast parts of Syria and Iraq and administered millions of inhabitants.

A long and deadly military fightback led by Syrian and Iraqi forces with backing from the United States and other powers eventually defeated the jihadist proto state in March 2019.