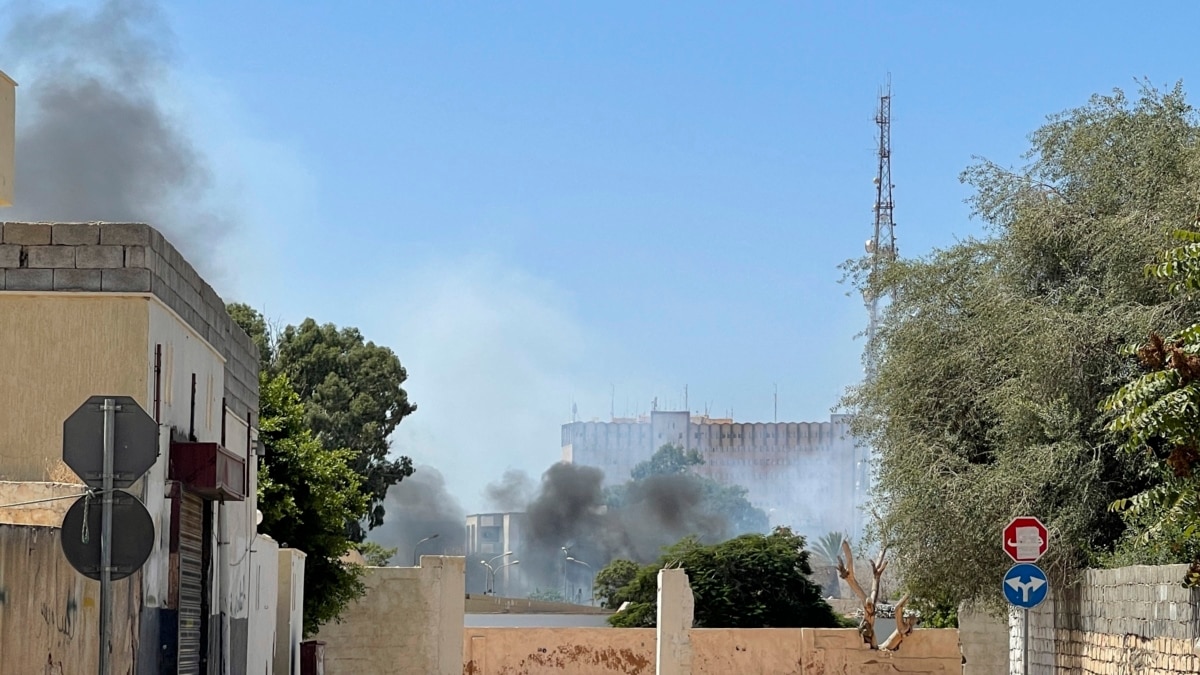 Intense fighting erupted in the Libyan capital overnight and lasted into Saturday, with rival factions exchanging heavy gunfire and the sounds of several loud blasts ricocheting around the city.

The clashes took place in Tripoli’s city center after one of the capital’s strongest groups assaulted the base of a rival force, witnesses said, leading to hours of shooting that terrified locals and raised fears of a wider escalation.

The Tripoli-based Government of National Unity (GNU) and a rival administration backed by the eastern-based parliament traded accusations over the clashes, with fears growing among many Libyans of a wider conflict over Libya’s political standoff.

Any clashes between powerful Tripoli groups risk drawing in other factions, and Saturday’s fighting has lasted longer than any other bout of violence in the city for months.

The United Nations’ Libya mission voiced concern at the fighting, including what it called medium and heavy shelling in civilian-populated neighborhoods.

“This is horrible. My family and I could not sleep because of the clashes. The sound was too loud and too frightening,” said Abdulmenam Salem, a central Tripoli resident. “We stayed awake in case we had to leave quickly. It’s a terrible feeling.”

Large armed factions backing each side in Libya’s political dispute have repeatedly mobilized around Tripoli in recent weeks, with convoys of military vehicles moving around the city and threatening force to obtain their goals.

At least two people, a man and a woman, have been killed in the fighting according to medical sources.

Pictures and video shared online of the city center, which Reuters could not immediately verify, showed military vehicles speeding through the streets, fighters shooting and local residents trying to douse fires.

Ali, a 23-year-old student who declined to give his surname, said he fled his apartment along with his family during the night after bullets struck their building. “We could not stay any longer and survive,” he added.

There was no immediate comment from the interior and health ministries about the fighting, which paused in the morning before resuming. Tripoli university said it was suspending classes because of the fighting.

The main Libyan standoff pits the GNU in Tripoli under Abdulhamid al-Dbeibah against a rival administration under Fathi Bashagha, which is backed by the eastern-based parliament.

A GNU statement said the latest clashes in Tripoli were triggered by fighters aligned with Bashagha firing on a convoy in the capital, while other pro-Bashagha units had massed outside the city. It accused Bashagha of backing out of talks to resolve the crisis.

Bashagha’s administration said in a statement it had never rejected talks and that its own overtures had been rejected by Dbeibah. It did not directly respond to the assertion that it was linked to the clashes.

Both Dbeibah and Bashagha have attempted to court international opinion, vowing to maintain peace and accusing each other of using violence in pursuit of power.

Bashagha tried to enter Tripoli in May, leading to an hours-long shootout that forced him to leave. He has indicated recently that he may try to enter the capital again.

This week factions backing Dbeibah paraded around Tripoli in a show of force, saying they would not allow Bashagha to enter.