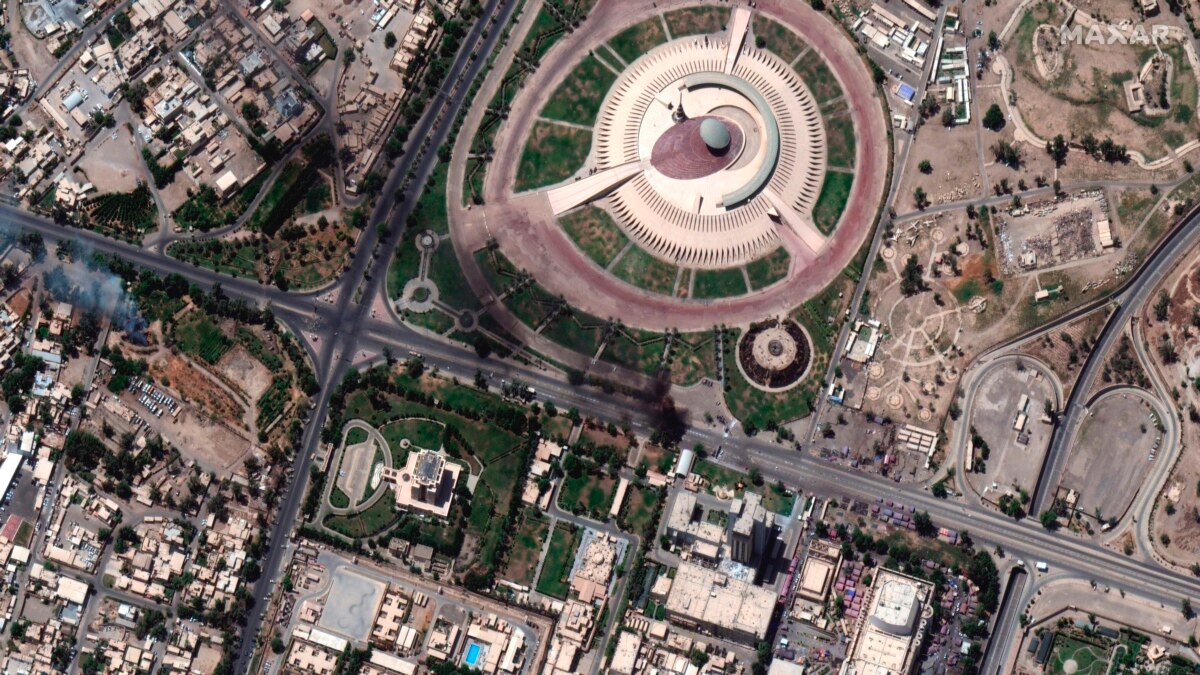 Thousands of supporters of Shiite cleric Muqtada al-Sadr marched out of Baghdad’s Green Zone Tuesday afternoon after he demanded that they conduct a “peaceful revolution,” and said they had one hour to leave.

The protests erupted this week after Sadr announced he would retire from politics because of the country’s political deadlock.

Sadr’s political bloc won the largest number of seats in parliamentary elections last October. He withdrew his members from parliament this past June after months of opposition from pro-Iranian forces. He is now calling for the dissolution of parliament and new elections.

On Tuesday afternoon, he addressed his supporters from the Shiite holy city of Najaf, maintaining that he would not be part of a violent revolution and did not want Iraqi blood on his hands.

Sadr said he does not want a revolution where people fight between houses and streets and cities and told his supporters to withdraw peacefully from their positions if they love their country and their religion.

He thanked Iraqi security forces for remaining impartial and insisted that the members of the rival, pro-Iranian Shiite Hushd militia group were not responsible for the faults of their leaders.

Earlier in the day, Sadr’s supporters traded heavy gunfire and used rocket-propelled grenades against their opponents in the Hushd al-Shaabi militia, resulting in numerous casualties. Arab media reported that more than 30 people were killed in two days of fighting.

Iraqi security forces operations commander General Ahmed Selim Bahjat told Iraqi media that his forces were “providing security and protection along the roads for all those withdrawing from Baghdad’s Green Zone and that there have been no reports of violence, so far.”

He told VOA that Sadr pulled his supporters out of their positions after his Shiite religious superior, Ayatollah Khazem al Hayeri, who is based in the Iranian holy city of Qom, withdrew his support for Sadr. He said it happened after forces loyal to Iran’s Supreme Leader, Ayatollah Ali Khamenei, “made the unusual move of pressuring Hayeri to rein in Muqtada Sadr.”

Abou Diab said, “This is not the first time in recent years that Muqtada Sadr has claimed to be withdrawing from Iraqi political life and his supporters are not likely to abandon him even if he says he is withdrawing.”

He said that Iran “has lost most of its support in Iraq since the United States killed General Qassem Suleimani and turned a large portion of the population against it.”

Suleimani was a top Iranian military commander. He was killed in a U.S. drone attack in Baghdad in 2020.

After Sadr’s speech, Hadi al-Ameri, the head of the pro-Iranian Hushd militia group, issued a statement calling for “dialogue.”

Outgoing Iraqi Prime Minister Mustafa Khadhimi called Sadr in a tweet “a patriot” after his call to “stop political violence and immediately engage in dialogue.”

Saadoun Sa’adi, who teaches political science at the University of Baghdad, told Saudi-owned al-Arabiya TV that “Sadr now appears to control the situation after his supporters followed his order to withdraw from the Green Zone in one hour.”