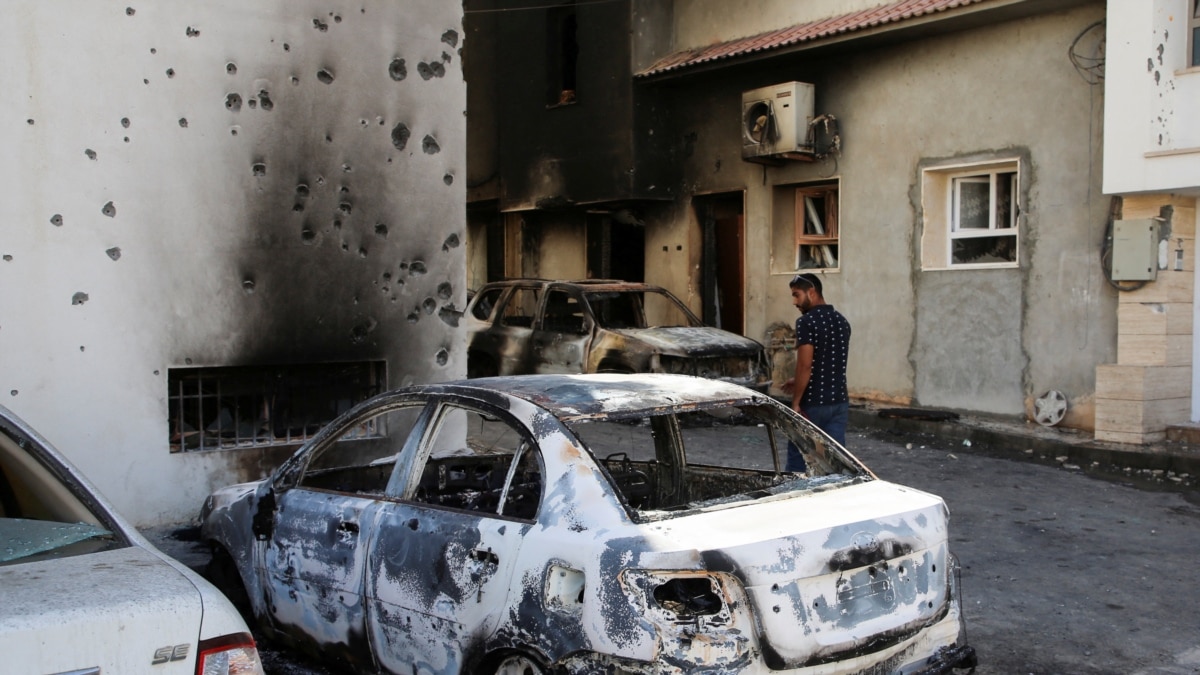 Libya’s capital was quiet early Sunday, a day after the worst fighting there for two years killed 32 people and injured 159 as forces aligned with a parliament-backed administration failed to dislodge the Tripoli-based government.

Roads in the city were busy with motorists, shops were open, and people were clearing away smashed glass and other debris from Saturday’s violence, with burned out vehicles lining some streets in central Tripoli.

The fighting has raised fears of a wider conflict in Libya over the political standoff between Prime Minister Abdulhamid al-Dbeibah in Tripoli and Fathi Bashagha, who seeks to install a new government in the capital.

Bashagha’s attempt on Saturday to take over in Tripoli was his second such attempt since May.

However, airline companies said early on Sunday that flights were operating normally at Tripoli’s Mitiga airport, a sign that the security situation had eased for now.

The health ministry said on Sunday that 32 people were killed in Saturday’s violence and 159 were injured, up from a ministry source’s previous estimate of 23 deaths and 87 injured.

United Nations Secretary-General Antonio Guterres called for an immediate end to the violence and for genuine dialogue to get around Libya’s political impasse.

Bashagha’s failure to oust Dbeibah showed that despite a period of realignment among armed factions in and around the capital, the Tripoli government can still count on a military coalition able to fight off its enemies.

Several groups aligned with Bashagha in Tripoli appeared to have lost control of territory inside the capital on Saturday, while attempts by forces to the west and south of the city to advance into it appeared to have failed.

A main military convoy that set out from Misrata, east of Tripoli, where Bashagha has been based for weeks, turned back before reaching the capital.

A major commander among the pro-Bashagha forces, Osama Juweili, said the fighting Saturday had been triggered by friction between armed forces in the capital. However, he added, in comments to Al-Ahrar television, that “it is not a crime” to try to bring in a government mandated by parliament.

Libya’s overarching political standoff over control of government appears largely unchanged by Bashagha’s attempt on Saturday to take over in Tripoli.

There is no sign of any move towards compromise between the main camps or of new diplomatic efforts to bring them together around a new push for national elections to resolve the dispute over control of government.

Meanwhile, while pro-Bashagha forces failed to install him on Saturday, they still hold strong positions around the capital, while the main eastern-based Libyan National Army of Khalifa Haftar waits in the wings.