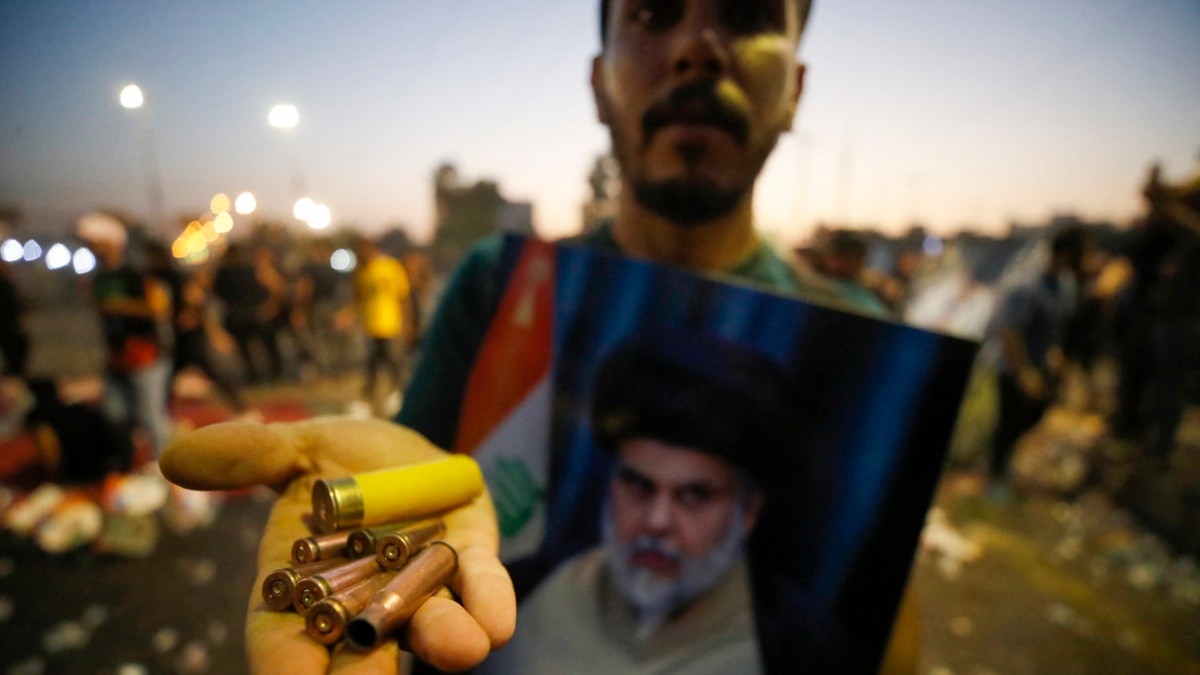 Five people were killed in Iraq’s capital Monday after a powerful Shiite Muslim cleric announced he would resign from politics, leading to clashes between his followers and those of rival political groups.

Police and medical workers say at least 19 others were injured in the violence following the announcement by Shiite cleric Muqtada al-Sadr.

Followers of the cleric clashed in the Green Zone with supporters of a rival Shiite bloc, the pro-Iran Coordination Framework. Al-Sadr’s supporters also stormed the government palace.

Iraq’s military announced a nationwide curfew from 3:30 p.m. and called on protesters to leave the Green Zone, the center of the international presence in Baghdad.

The violence broke out hours after al-Sadr announced he was withdrawing from politics because of the country’s political deadlock.

The cleric won the most seats in the October election, but not a majority. He withdrew all his lawmakers from parliament in June after refusing to form a coalition government with Iran-backed Shiite rivals.

Al-Sadr has insisted that the entire parliament be dissolved and early elections be held.

The stalemate has led to political uncertainty and volatility in the country. Al-Sadr’s followers have been staging a weekslong sit-in at parliament to press the cleric’s demands.

Al-Sadr has withdrawn from politics in the past only to later return to government. His critics have dismissed his latest move as an attempt to gain more power.

The Shiite cleric has a large following, having gained support by opposing both the United States and Iran.

The United Nations Assistance Mission in Iraq called Monday’s developments “an extremely dangerous escalation” of events in the country.

It called on “protesters to immediately leave” Bagdad’s International Zone and “to vacate all government buildings.”

Margaret Besheer contributed to this report. Some information came from The Associated Press, Reuters and Agence-France Presse.