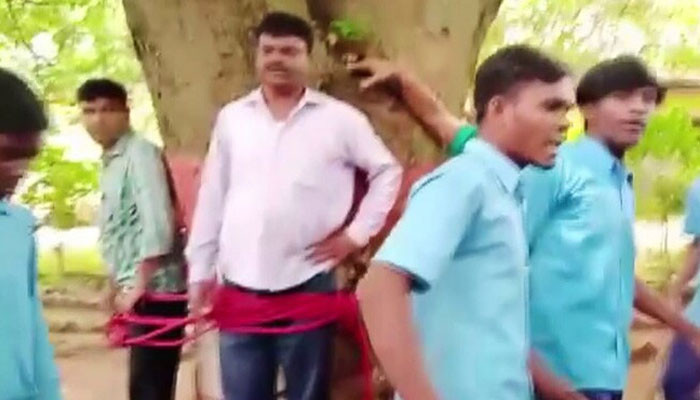 A mathematics teacher was allegedly tied up to a tree and beaten up by school students for giving poor marks in a district in the Jharkhand state of India, NDTV reported citing police.

The incident came in response to the result of a mathematics practical examination awarding “Grade DD” to a group of 11 students of class 9. The grade declared is considered no less than a fail.

The police said that no FIR was lodged against the offence as the school management did not file any complaint on the affected teacher’s behalf.

“The school management refused to lodge a case saying that it might spoil the careers of the students,” the publication quoted a cop as saying.

He said that a clerk of the school was also subjected to the violence in this incident but none of the victims made any complaint.

On the other hand, the students involved in the matter allege that they failed due to extremely low marks given by the teacher and the clerk uploaded the results on the official website.

The police official further stated that the school management failed to show the result in question and mention the date on which it was uploaded, raising doubts if the students committed the offence on the basis of a rumour.