Mack Rutherford: Youngest pilot to fly solo around the world 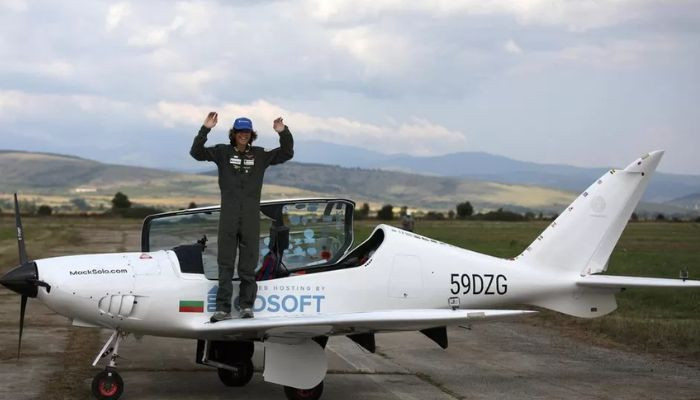 A 17-year-old boy from Belgium has become the youngest person to fly around the world solo, reported the BBC.

Mack Rutherford journeyed in a small aircraft for five months across 52 countries. He flew a Shark, a high-performance ultralight plane which can go to the speed of 186mph.

On his way, he faced sandstorms in Sudan and spent some nights on an uninhabited Pacific island.

His elder sister Zara, 18, became the youngest woman to fly solo earlier this year. She revealed that she guided her brother regarding the route.

Mack broke the record of British pilot Travis Ludlow who was 18 years and 150 days when he completed his solo flights last year.

Mack’s trip covered areas of Europe, Africa, the US, Asia, and above two oceans.

“Follow your dreams, no matter how old you are,” said Mack.

The young pilot comes from a family of aviators. In an interview with CNN, he described some beautiful places he flew over including New York City’s skyline and wildlife parks in Kenya.

Some of his flights took 11 hours.

Mack ended up breaking not one but two Guinness World Records. He is now the youngest person to have flown solo and the youngest to circumnavigate the planet in a small plane.