Lineman in India cuts power to police station over fine 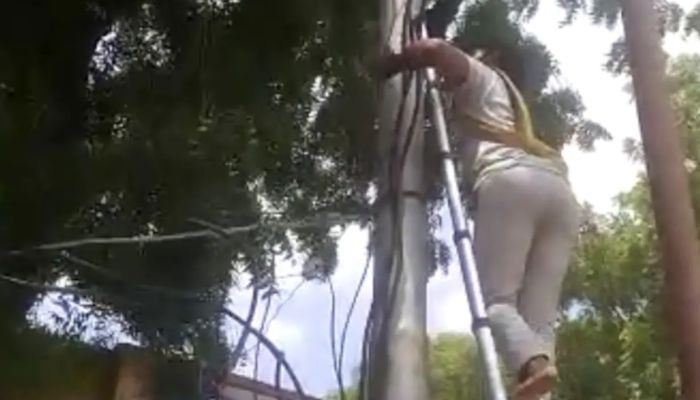 LUCKNOW: The electricity department cut off the power supply to a police station in Uttar Pradesh, after the district traffic police fined its employee for not wearing a helmet, reported NDTV.

The man was charged INR6,000, while the actual fine for not wearing a helmet when riding a motorcycle is INR2,000. He was returning from work when the incident occurred.

In the video that eventually went viral on social media, a man can be seen disconnecting the power supply after he climbs up the electricity pole.

The employee pleaded with the police and vowed that the offence would not occur again. However, the policeman on spot was not in the “mood to listen” and said that the power department was looting people anyway with high bills.

After that, he issued a challan for INR6,000 despite the fact that the man’s monthly salary is INR5,000.