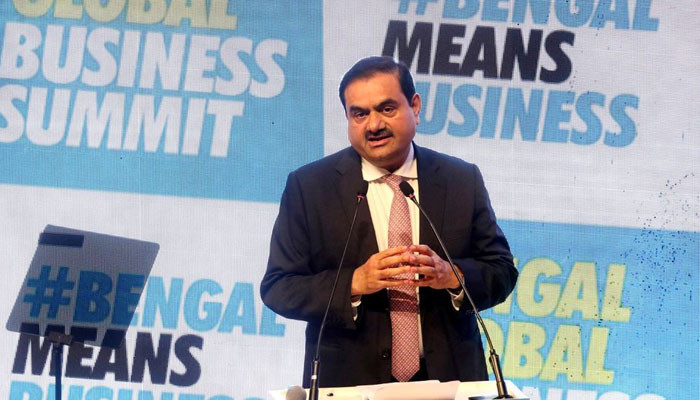 NDTV is regarded by some as one of the few independent voices in India’s rapidly polarising media landscape, and the takeover attempt by Asia’s richest man has triggered concerns among journalists and politicians that change of ownership could undermine its editorial integrity.

In a stock exchange filing, NDTV said its founders Prannoy and Radhika Roy have since 2020 been barred from buying or selling shares in India’s securities market, and so cannot transfer shares which Adani was trying to secure in a bid to exert control.

Adani’s conglomerate on Tuesday said it was seeking a controlling stake in the news channel, a move NDTV said was “entirely unexpected” and was taken without any discussion or consent of the network.

The 2020 Securities and Exchange Board of India order cited by NDTV stated the regulator had prohibited the Roys from trading in Indian markets until Nov. 26, 2022, after an investigation found they made wrongful gains linked to suspected insider trading of NDTV shares.

“This seems like an effort by NDTV to stall or slow down the process, but other than cause a delay, it is unlikely going to stop the acquisition moving forward,” said Pritha Jha, a partner at Indian law firm Pioneer Legal.

Shares in NDTV rose to the maximum permitted limit of 5% in early trade on Thursday.

Jairam Ramesh, a leader of India’s main opposition Congress party, said on Twitter Adani’s takeover bid “is nothing but concentration of economic and political power, and a brazen move to control and stifle any semblance of an independent media.”

Adani has not commented on concerns around media independence following the takeover bid.

At the heart of Adani’s attempt is a little-known firm called Vishvapradhan Commercial Private Limited (VCPL), founded in 2008, from which the Roys had years ago taken a 4 billion rupee ($50 million) loan. In exchange, they had issued warrants convertible into equity shares.

The Adani Group said on Tuesday it had acquired VCPL and was moving ahead to exercise those rights.

Adani hails from the western state of Gujarat, the home state of Narendra Modi who was the state’s chief minister for around 13 years before becoming the prime minister. India’s main opposition Congress party has often accused Adani and other billionaires of getting favourable policy treatment from Modi’s federal administration.

In 2014, when political parties accused Adani of obtaining land at cheap rates in Gujarat, Adani in news interviews said the attack was part of a “political charge”, saying “no special favours” had been received.