Illegal Structures, Scant Regard for Fire Safety Norms Led to Loss of Lives in Fires in Delhi 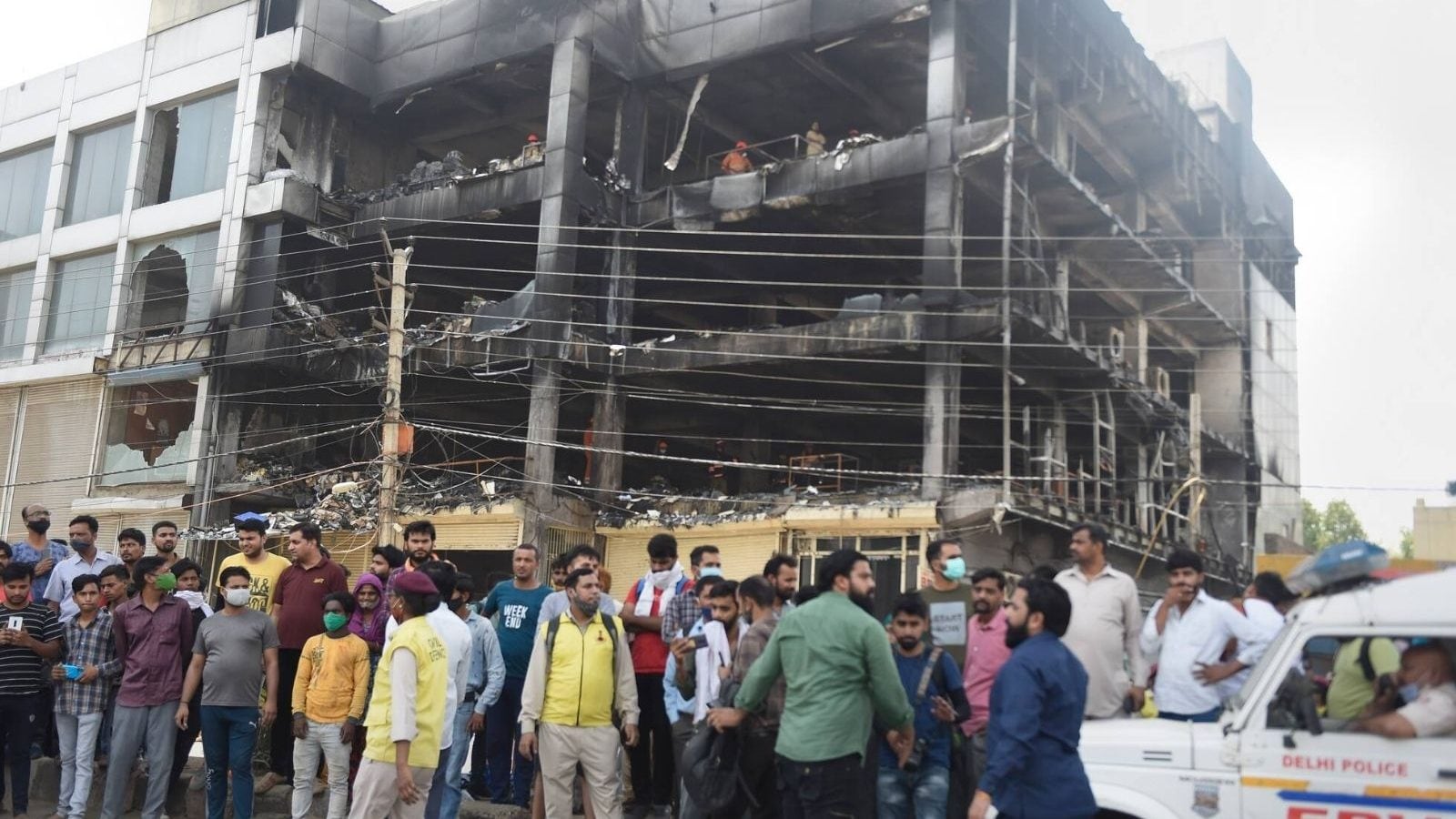 
Scant regard for fire safety norms, buildings functioning without required clearances and illegal factories have led to loss of precious lives in fire incidents in Delhi in recent years, with the blaze in Mundka on Friday being the latest. In terms of casualties, Friday’s fire at the commercial building was the largest since the blaze at a factory in the Anaj Mandi area and the second largest since the Uphaar Cinema tragedy in 1997.

The Mundka factory blaze has so far claimed the lives of 27 people while 29 people are still reported to be missing, according to officials. Twelve people were injured in the fire that ravaged the four-storeyed building that had a single and narrow entry and exit route making escape difficult. Before Mundka, the national capital has been witness to several fire incidents.

In March this year, seven people were killed in a fire that ravaged several shanties in Gokumpuri. In December 2019, the Anaj Mandi blaze claimed 44 lives, making it the most severe fire incident in the national capital after the Uphaar Cinema tragedy that claimed 59 lives and left over 100 injured in June, 1997.

The Uphaar theatre in the posh Green Park area was screening Bollywood film “Border” and several families were there to catch the movie featuring Sunny Deol on its release day — June 13, 1997. But the movie outing turned into a mayhem as a massive blaze broke out during the 3 pm show.

Days after the Anaj Mandi blaze, the national capital woke up to another fire tragedy, which claimed the lives of nine people. A massive fire ripped through a three-storey residential-cum-commercial building in outer Delhi’s Kirari area, killing nine people, including three children. Fourteen years after the Uphaar tragedy, a fire broke out at a meeting organised for transgenders in Nand Nagri, where almost 10,000 people had gathered, leaving 14 dead and nearly 30 injured.

In July 2017, four members of a family, including two children, died due to asphyxiation and two others were injured while trying to escape the early morning blaze at a four-storey building in the Dilshad Garden area. The family had celebrated the birthday of their 12-year-old daughter a day before the tragedy.

The girl was killed while she was trying to escape the fire with her father, grandfather and younger brother. Another massive fire ripped through a firecracker storage unit in Bawana next year that left 17 persons, including 10 women, dead.

Two separate fires in northwest Delhi’s Kohat Enclave and Shahdara’s Mansarovar Park the same year claimed five lives, including that of three minors. In April 2018, a fire broke out at a building in Kohat Enclave, killing a couple and their two children. A few days later, a major fire gutted 300 shanties in Shahdara and killed a girl.

In November 2018, four persons were killed and one was injured after a fire broke out at a factory in central Delhi’s Karol Bagh. In February 2019, a massive fire swept through a four-floor hotel in Karol Bagh in the early hours, killing at least 17 guests, including two persons who jumped off the building in a desperate bid to save themselves.

In August the same year, six persons, including three children, died and 13 were injured in a massive fire at a building in southeast Delhi’s Zakir Nagar area due to a short circuit early in the morning. In November 2019, a massive fire gutted a footwear factory at Narela, killing a security guard and a labourer. The body of the security guard was found after the fire was brought under control, but the charred body of the second victim was recovered four days after the blaze.