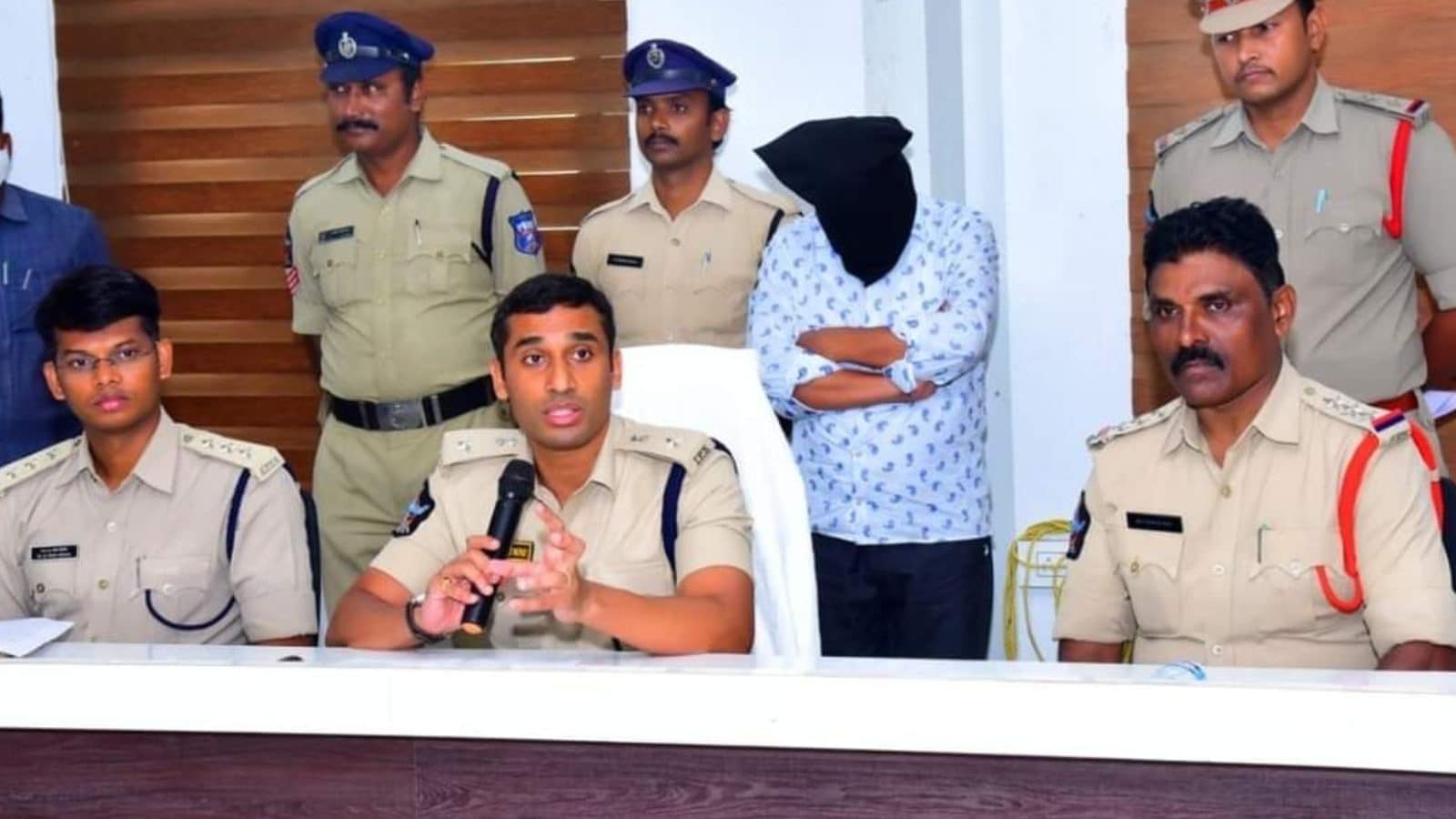 
The Krishna Lanka police have arrested a man for allegedly duping as many as 30 women across cities after befriending them in the pretext of doing gold business. The Deputy Commissioner of Police, DCP Vishal Gunni said that gold ornaments weighing 97.5 grams have been seized during his arrest on Thursday.

The accused is identified as Chevuri Chandra (50) alias Vendeti Chandra. According to the police, Chandra has been cheating money from single women for the past 12 years. He would first befriend his victims claiming to be a multi-millionaire and invite them over on the pretext of gold business and give expensive gifts like gold rings. He would serve them food laced with sedatives and after they become unconscious, he would steal their gold jewellery and money and run away.

A native of Kota Mandal in Nellore district, he left his parents’ house and began living on his own since he was young. He worked for some time in Gudur and then relocated to Tirupati where he settled. “He has been cheating women for the past 12 years. He cheated as many as 30 women in Chittoor, Tirupati, Nellore, Guntur, Vijayawada, Chennai and Eluru cities and was imprisoned in as many as eight cases,” the DCP said during a press conference at command control center in Labbipet.

According to the police, he ran away from prison twice. In January, he was released from jail, reached Vijayawada and continued his spree of cheating women off their valuables and money. In June, he cheated a woman from Bhavanipuram of a gold necklace weighing 32 grams and earrings weighing four grams. In a similar way, in July, he stole a necklace weighing 24 grams, two chains weighing eight grams and 20 grams respectively, along with rings and earrings from another woman and fled from the spot. The Krishna Lanka police filed a case of the serial cases of cheating in the area and launched an investigation. They focused on finding crimes committed in a similar way and began narrowing the suspects, officials said.

The probe led officials to know that Chandra was reported to be Vijayawada to target another victim. The police began keeping a watch on his movements. On one such occasion when Chandra came to the Vijayawada bus stand, Circle Inspector Durga Rao and Sub Inspector (crime) Krishnababu took him to custody. They seized golden ornaments weighing 97.5 grams from him, officials said.

Police Commissioner Kanthi Rana Tata appreciated the team’s effort including CI Durga Rao, SI Krishnababu, head constable Sambaiah and constable Baburao in catching the culprit without any delay and presented them with rewards.

He also advised citizens to alert the police about suspicious people by calling on the 100 emergency helpline, messaging on the police Whatsapp or via the Disha app.