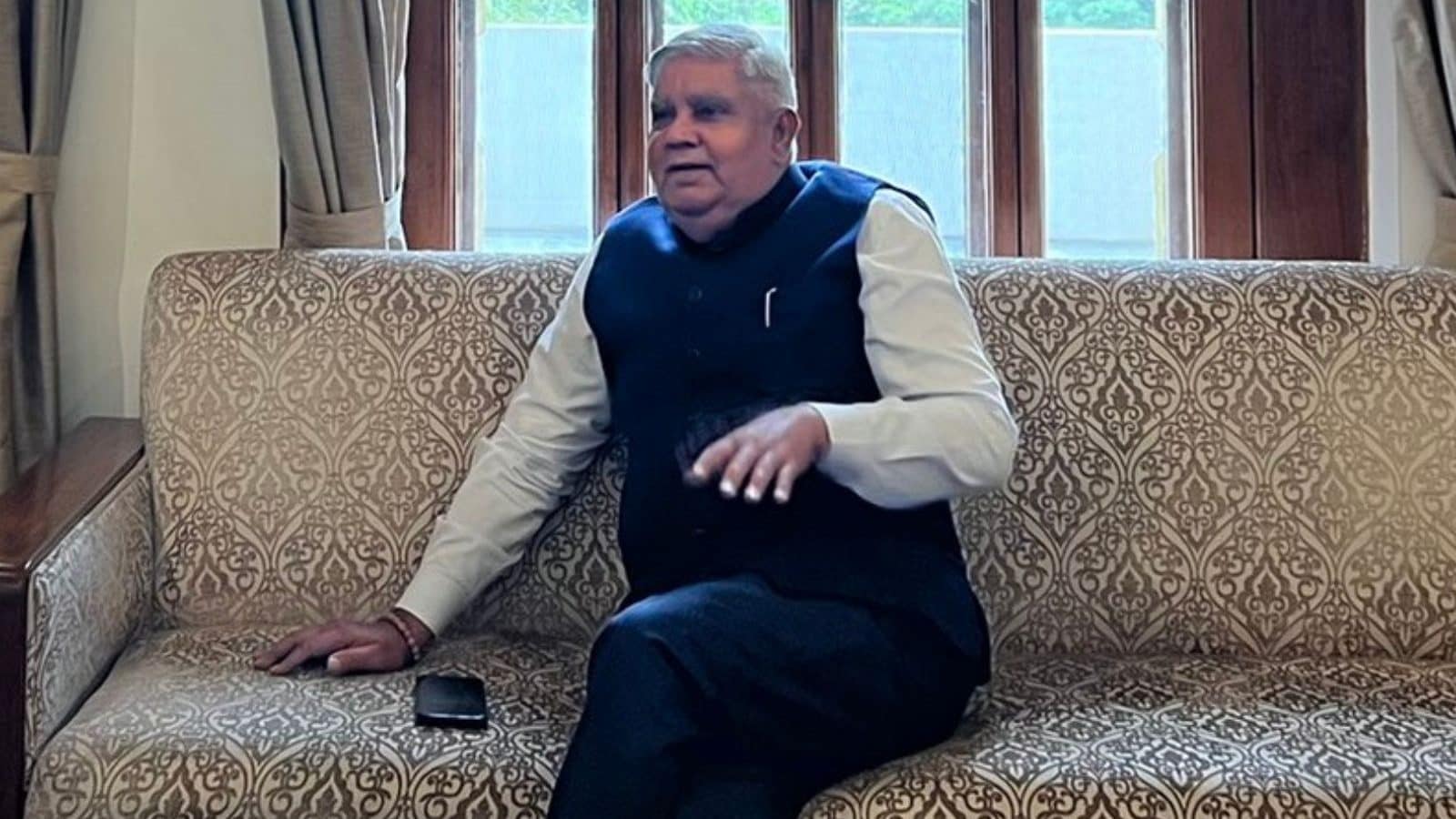 
Advocate, politician, and former Bengal Governor best remembered for his frequent run-ins with Chief Minister Mamata Banerjee, Jagdeep Dhankhar is all set to start his new innings — as Vice-President of India. Dhankhar, the NDA’s candidate for the post, beat Opposition pick Margaret Alva to become the second leader from Rajasthan after Bhairon Singh Shekhawat to reach the high office.

Addressing the media, Lok Sabha Secretary-General Utpal Kumar Singh said, “Out of 780 electors comprising elected and nominated members of the Rajya Sabha and elected members of Lok Sabha, 725 electors cast their votes. Total voter turnout was 92.94 per cent. Dhankar won by 346 votes as he bagged 528 of the total 725 votes that were cast. While 15 were termed invalid, Alva received 182 votes in the election.”

Born in an agrarian household in a remote village in Rajasthan’s Jhunjhunu on May 18, 1951, Dhankhar completed his schooling at Sainik School, Chittorgarh; did his graduation in Physics, and then pursued LLB from the University of Rajasthan. Dhankhar is married to Sudesh Dhankhar since 1979 and the couple has a daughter together.

Dhankhar started his career as an advocate in 1979 at the Bar Council of Rajasthan. He became a Senior Advocate, designated by the High Court of Judicature for Rajasthan in 1990. He was the senior-most designated Senior Advocate of the state till he became Bengal’s Governor in 2019.

He practised in the Supreme Court from 1990 and appeared in various high courts of India. He has also served as the President of the Rajasthan High Court Bar Association.

It was in 1989 that he forayed into politics when he was elected to the Lok Sabha on Janata Dal’s ticket from Jhunjhunu in Rajasthan. He became a Union Minister in 1990.

From 1993 to 1998, Dhankhar — who has earlier claimed to be a ‘reluctant politician’ — was also a member of the Rajasthan Vidhan Sabha from the Kishangarh constituency.

According to news agency PTI, Dhankhar, like most Jat leaders from his time, was originally associated with Devi Lal and his political career began to surge when, as a young lawyer at that time, he was picked up by Lal as the opposition candidate in 1989 from Jhunjhunu Parliamentary Constituency — then a Congress citadel — and he won. He followed his mentor Devi Lal when the latter walked out of the VP Singh government and became a Union Minister in 1990 in the minority government led by Chandrashekhar.

Later, he joined the Congress when PV Narasimha Rao became the prime minister and Devi Lal was losing clout. But with the rise of Ashok Gehlot in Rajasthan politics, Dhankhar shifted to the BJP and is said to have become close to Vasundhara Raje soon after. However, it was during a gap in his political career that he shifted focus to his legal calling for over a decade.

Dhankhar became a constant fixture in headlines when he was appointed the Governor of West Bengal in July 2019 and his tumultuous relationship with the Mamata Banerjee-led Trinamool Congress in the state became the talk of the town. The TMC leadership often accused him of acting as an “agent of the BJP”, while the saffron party in the state looked upon him as an upholder of constitutional norms.

On his part, Dhankhar has claimed he has gone by the rule book and the Constitution in pointing out issues to the Mamata Banerjee government and the state legislature.

Dhankhar resigned from his post on July 17, 2022, after he was named NDA’s candidate for the Vice Presidential election.

“Finding Freedom” is a biography of Meghan Markle and Prince Harry.It was written by their…