‘I am also human’: Is it okay if a world leader parties? 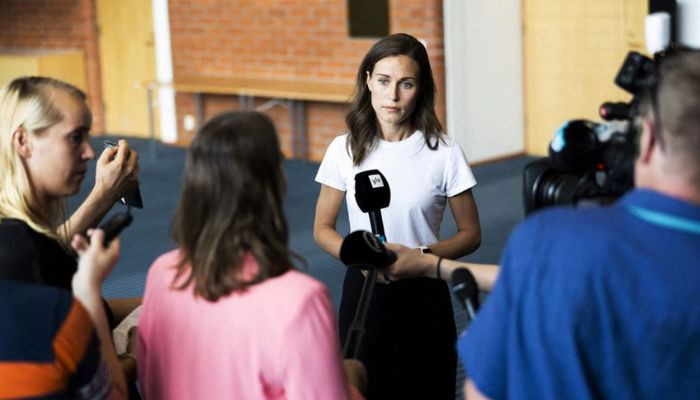 A teary-eyed Sanna Marin, the prime minister of Finland, was seen recently addressing a crowd about her photos and videos of partying at the official residence, DailyMail reported.

The 36-year-old leader admitted that with the constant criticism on her partying, the past week had not been easy for her as she is “also human”.

Recently, a photo of her friend, model Sabina Särkkä emerged where she was semi-naked, kissing another topless friend of the prime minister’s at the official residence.

The model apologised for her “inappropriate behaviour”, saying she was embarrassed that she caused trouble for her friend, the Finnish PM.

The inappropriate photo added fuel to the fire that Marin was already under after videos of her enjoying herself at a nightclub with her friends nearly got viral.

Marin addressed a crowd in Finnish town of Lathi where she pointed out how her private life was being targeted by the public eye.

“I am also human,” she said with her voice cracking. She explained that she had never missed any work task.

She said that she believed people looked at the work they did and not the activities they did in their free time.

While the opposition leaders have criticised Marin a lot, many women politicians have come out in support of the PM by posting videos of themselves partying.

An Australian politician, Fiona Patten, posted a video of her dancing on Twitter and said that Finland was lucky that the worst thing its prime minister did was “let steam off at a party”.

Some have doubted the world leader’s competence saying it might not be appropriate for someone of her stature to be partying in this manner. Others have said she is entitled to enjoy.