‘His ear is changed’: Is Putin using a body double? 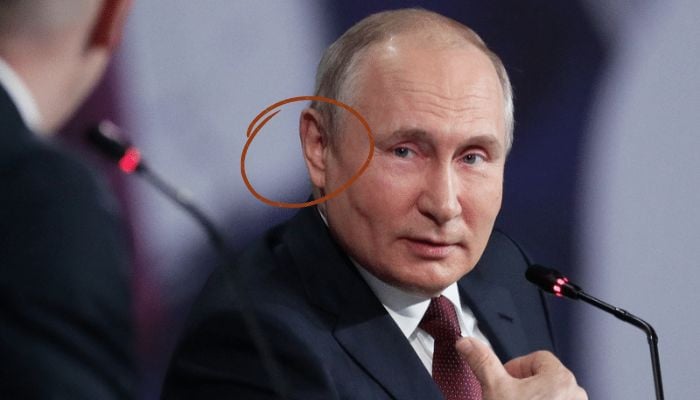 
There have been many speculations about Russian President Vladimir Putin’s health with some observing his awkward gait, physical appearance, and doctor’s visits.

People have been observing the 69-year-old’s trembling arms and bloated look since he invaded Ukraine in February.

An army official and spy, Ukraine’s Major General Kyrylo Budanov theorised that Putin had been using a double for media appearances, LBC reported.

Budanov said that Putin’s ears were different in different appearances. He said that a person’s ear was like a fingerprint, unique to each person.

“It cannot be repeated,” he said.

Budanov claimed that the doubles “have different habits and mannerisms”. He even said that the two differ in height “if you look closely”.

As an example, Budanov mentioned the Russian president’s recent trip to Tehran. He suggested that Putin seemed awkward while climbing down from the plane and appeared more vigilant than before.

“Is it Putin at all?” the army official questioned.

It is not clear whether Ukranian intelligence genuinely believes in the theory or if it is propaganda for Russian and Ukrainian audiences.

Commenting on Putin’s health, Moscow has denied the speculations and has said that Putin was fine.

CIA director William Burns too said that there was no evidence that suggested that Putin was unwell.