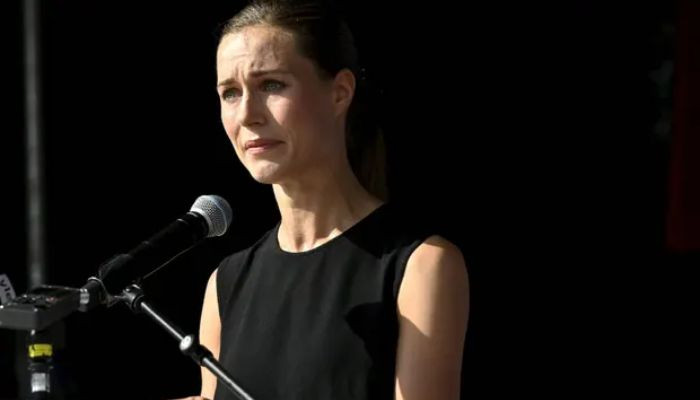 Finland’s Prime Minister Sanna Marin has issued an apology for a picture of her topless female friends seen kissing each other at her official residence, reported Daily Mail.

The picture was captured right next to Marin’s desk in front of a workspace board where she usually records official government announcements.

One of the topless women hid her chest with a small board that read “Finland”. It is the same sign that is on Marin’s desk seen during international conferences.

Marin, 36, was forced to admit that the photo was in fact taken in the office and the incident should not have occurred.

The picture is a screenshot of a video.

The Finnish PM has been under fire recently because of a series of leaked videos from a night out in Helsinki. In the videos, she can be seen dancing intimately with her friends.

However, the recent picture of the two female friends was taken at the official residence making it even more controversial.

MailOnline confirmed that one of the women in the picture was 33-year-old Sabina Sarkka who is a social media influencer and Marin’s good friend.

Marin said that the video was taken when she had invited a group of friends to her garden after they attended Finland’s Ruisrock rock festival.

She explained that the guests had access only to the washrooms of the residence where the friends recorded the video.

The videos were originally posted by Sarrka on her TikTok account.