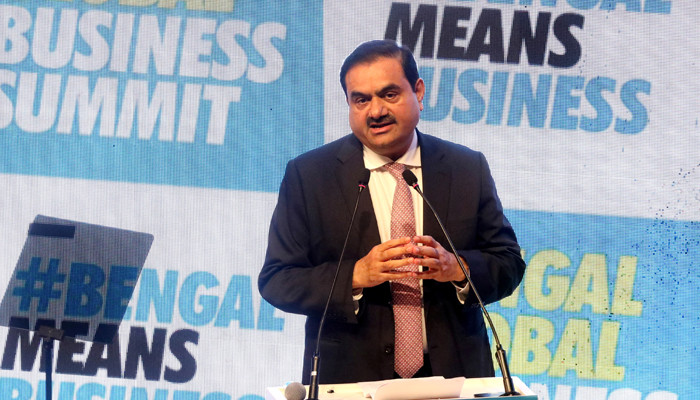 NEW DELHI: When India’s richest man Gautam Adani this week unveiled plans for his firm to control a majority stake in New Delhi Television (NDTV), it was the stealth approach in executing the transaction that drew the most attention in the news industry.

Since then, NDTV and Adani have locked horns with each other in public. NDTV says certain regulatory restrictions on its founders prohibit them from transferring shares to Adani, a position the billionaire’s group refuted on Friday.

NDTV, one of India’s most popular news networks, is regarded by some as one of the few independent voices in India’s rapidly polarising media landscape, and the takeover attempt has triggered concerns among journalists and politicians that a change of ownership could undermine its editorial integrity.

This is how the firm controlled by the Adani family went about planning the takeover — and how NDTV is trying to resist it.

Much of the spotlight on Adani’s two-stage takeover bid is on one, little-known Indian company: Vishvapradhan Commercial Private Limited (VCPL), founded in 2008.

More than a decade ago, NDTV founders Prannoy and Radhika Roy took 4 billion rupees ($50 million) in loans from VCPL, and in exchange issued warrants that allowed the company to acquire a 29.18% stake in the newsgroup.

Those warrants were convertible at any time. Adani Group said on Aug. 23 it had acquired VCPL and exercised those rights, which should give it the stake in NDTV.

Adani Group’s indirect control of a stake above 25% means it must put forward an open offer to purchase at least 26% more from existing shareholders in NDTV to give them an opportunity to exit, according to Indian regulations.

That’s what Adani did. Laying out its plan, the Adani Group said the open offer will be at 294 rupees per NDTV share for a total consideration of up to $62 million.

If the two-stage plan works, Adani Group would get 55.18% of the popular news network.

Although NDTV has said Adani’s move was without its consent, four lawyers who spoke to Reuters said Adani Group was well within its legal rights in the deal process so far.

NDTV had said it was given two days to transfer the shares due to the Adani Group after it made the takeover bid.

But as that deadline neared, NDTV threw a spanner in the works.

It disclosed on Aug. 25 that its founders were currently prohibited from dealing in India’s securities market due to a 2020 regulatory decision in a case of suspected insider trading of NDTV shares. According to NDTV, that means the Roys’ entity can’t transfer the shares Adani was trying to secure.

The regulatory restriction is in place until November this year, and a lawyer said NDTV’s effort at best can “stall or slow down the process” of Adani’s takeover.

But Adani on Aug. 26 called NDTV’s arguments “baseless”, saying NDTV is legally bound to immediately transfer the shares. Adani says the Roys’ entity is not subject to the market regulator’s trading restriction on the Roys themselves.

Some lawyers have said NDTV should have foreseen the situation as its founders had issued warrants to VCPL years ago and there was always a possibility a company could execute them to acquire a stake. NDTV today is contesting rights it gave away years ago.

One option would be for the NDTV founders to make their own open offer at a higher price to try to increase their stake and challenge Adani, said Shriram Subramanian, founder of proxy advisory firm InGovern.