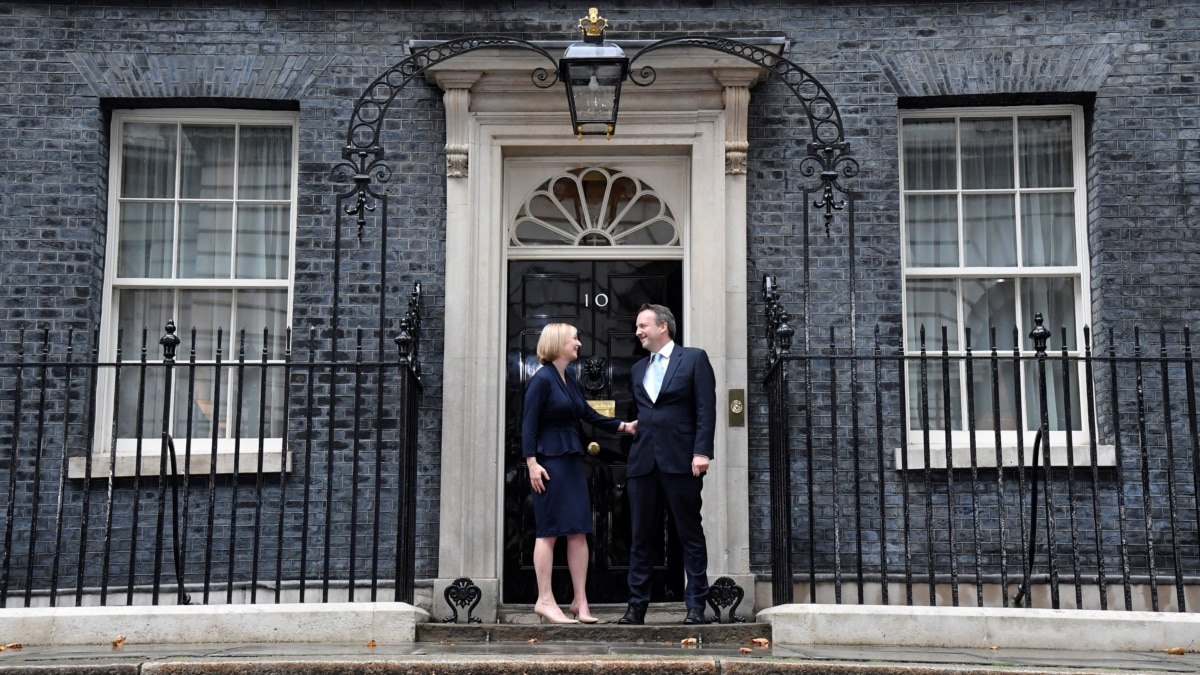 Johnson formally tendered his resignation to Queen Elizabeth II at her Balmoral estate in Scotland, after which the queen appointed Truss as prime minister.

The 47-year-old Truss becomes the third woman to lead the country and Britain’s fourth prime minister in six years.

“I will deliver a bold plan to cut taxes and grow our economy,” she said. “Dealing with people’s energy bills but also dealing with the long-term issues we have on energy supply.”

Truss, once an opponent of pulling Britain from the European Union but now a staunch supporter of Brexit, holds hawkish foreign policy views and is expected, like Johnson, to remain a steadfast link in the Western alliance sending aid to Ukraine in its fight against Russia’s six-month-old invasion.

Some information for this report came from The Associated Press and Agence France-Presse.