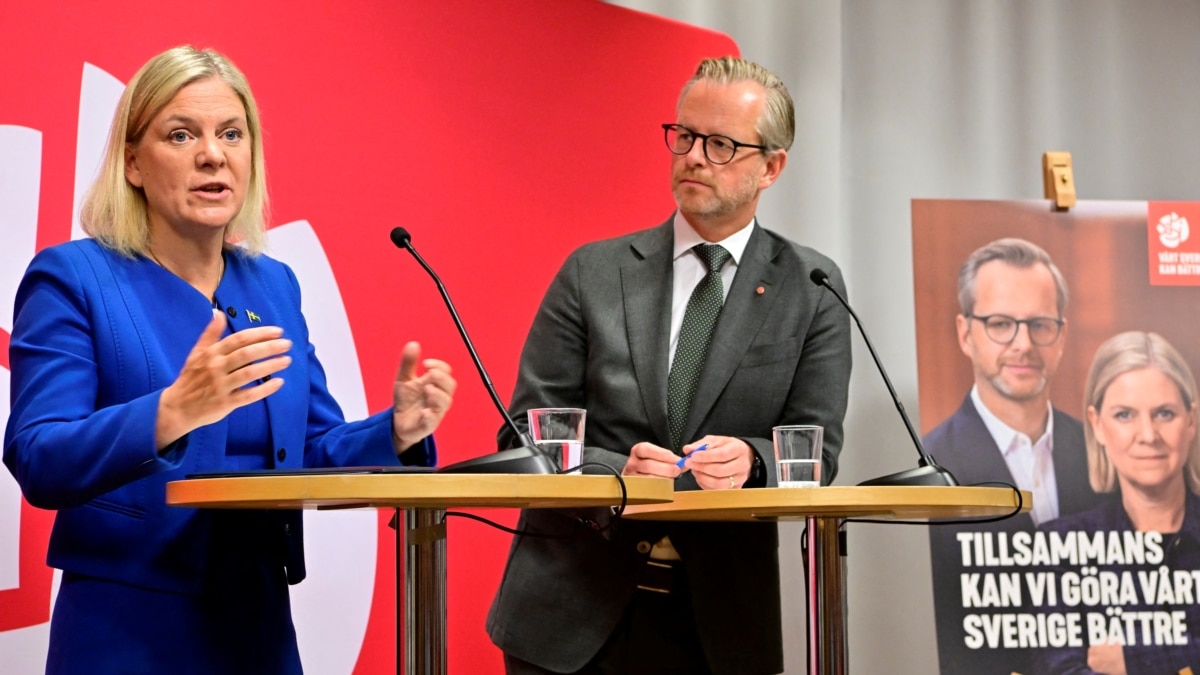 Sweden’s immigration policies are a big factor heading into elections next month on September 11th, when Swedes head to the polls to pick a new parliament, perhaps resulting in a new prime minister. The hard right Sweden Democrats party admits to having a neo-Nazi past and polls just ahead of the election show the party gaining political ground. Some observers say public concerns about Sweden’s immigration policies could mean a previously unthinkable coalition between the far right and moderate forces is on the verge of forming.

Erik Hedtjärn is a political editor at Stockholm’s Svenska Dagbladet newspaper. He tells VOA that a new political landscape is taking shape in Sweden ahead of the upcoming election and it’s unclear which coalition will take power. The Sweden Democrats, a populist party with ties to right wing extremism in the 1990s, gained parliamentary seats in the 2010 election. It appears to be growing further in popularity, according to polls, and could result in an unlikely coalition.

“A number of parties in Sweden still says that it’s actually unthinkable to cooperate or form an alliance with the Sweden Democrats because of their past. Another way of looking at it is we’ve made some polls where we’ve asked: Which party could you accept as part of the government? Interestingly enough. Sweden Democrats. More people can accept them as part of the government than the Green Party,” he said.

Hedtjärn says the Liberals/Moderates and other centrists to the right are likely to join forces with the Sweden Democrats party.

“So, we have two new coalitions that are the main alternatives in this election which makes it different in many ways. One of the interesting things now is that those coalitions joined a wide-range of parties. On the left, you have the left, far-left and centrists. The other side you have the Liberals party and the Sweden Democrats. Two kind of disparate coalitions which have in themselves a lot of tensions. It’s not really clear how a government would function that emanates from such a wide coalition,” he said.

Part of the Sweden Democrats’ appeal, observers say, plays on people’s fears about migration. Sweden took in the largest number of refugees per capita in the 2015 wave that hit Europe. Unlike the United States, there are no background checks on arrivals.

However, other Swedes find a Sweden Democrats’ campaign ad abhorrent. Posting a picture of a train car with the party logo, spokesman Tobias Andersson, tweeted:

“Welcome to the repatriation train. You have a one-way ticket. Next stop, Kabul.” Observers say Afghans are unfairly targeted, especially given the Taliban takeover last year, where ethnic and religious minorities could face death, if returned.

“Sweden has a reputation of being a leader for human rights globally, a leader in terms of our responsibility, our engagement with issues around the world. But a lot of things in the past decade have either stood still in Sweden or have really stagnated. A lot of issues are also at risk. At the same time, a lot of people still look up to Sweden. When we don’t reflect on history, and we don’t reflect on where Sweden is actually failing to stand up for human rights, we risk losing them,” said Wiklander.

The “whole political debate has shifted from human rights and environment issues, now with a strong polarization” on each side of the political spectrum gaining ground in communities and families, Wiklander says, adding that in her view, the rhetoric is growing “very charged and worrying.”