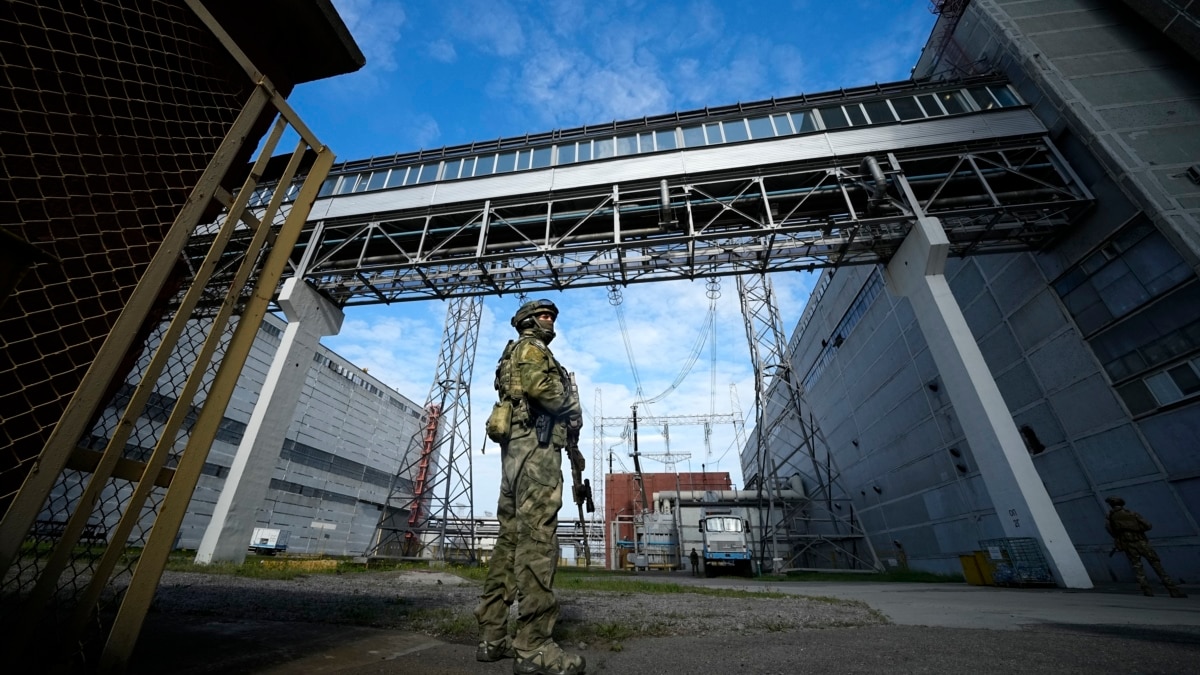 The Russian-held Zaporizhzhia nuclear power plant resumed electricity supplies to Ukraine on Friday after one of its six reactors was reconnected to the Ukrainian grid, state nuclear company Energoatom said.

Europe’s largest nuclear power plant, which is located in southern Ukraine, was disconnected from the Ukrainian grid for the first time in its history on Thursday after a fire caused by shelling damaged a power line, Kyiv said earlier.

“The Zaporizhzhia nuclear power station is connected to the grid and is producing electricity for the needs of Ukraine,” Energoatom said in a statement on Friday.

Authorities began providing iodine tablets Friday to residents who live around the nuclear power plant in the event of a radiation leak, as fears grow that the fighting around the plant could spark a catastrophe.

Iodine tablets help block the absorption of radioactive iodine by the thyroid gland, and they were handed out to people in the city of Zaporizhzhia, which is about 45 kilometers from the plant.

The move came a day after the plant was temporarily knocked offline because of what officials said was fire damage to a transmission line. The incident heightened dread of a nuclear disaster in a country still haunted by the 1986 explosion at Chernobyl.

Continued shelling was reported in the area overnight, and satellite images from Planet Labs showed fires burning around the complex over the last several days.

Russia invaded Ukraine in February and took control of the nuclear plant in March, though it is still operated by Ukrainian technicians working for Energoatom.

The nuclear plant remains near the frontline and repeatedly has come under fire in recent weeks. Both Ukraine and Russia have accused each other of shelling the facility.

On Thursday, Ukrainian President Volodymyr Zelenskyy said a nuclear radiation disaster was narrowly avoided after Russian shelling in the area caused the electricity to be cut for hours.

“Russia has put Ukraine and all Europeans in a situation one step away from a radiation disaster,” he said.

Russian bombardment triggered fires in the ash pits of a nearby coal power station that disconnected the Russian-controlled plant from the power grid, Zelenskyy said, but backup diesel generators provided the electricity supply vital for cooling and safety systems at the plant.

An engineer working under Russian occupation since March 4 at the nuclear power plant has told VOA that Russian forces have placed artillery and missile installations within and around the property of the plant.

The engineer, whose identity is being withheld for fear of retaliation by the occupying authorities, supports Ukrainian government claims that Russia itself is responsible for the explosions.

Western leaders have demanded that Russia hand the plant back to Ukraine, while U.N. Secretary-General Antonio Guterres has called for it to be “demilitarized.”

On Friday, French President Emmanuel Macron warned against the use of civilian nuclear facilities as an instrument of war.

“War in any case must not undermine the nuclear safety of the country, the region, and all of us. Civil nuclear power must be fully protected,” Macron said during a visit to Algeria.

A team from the U.N.’s International Atomic Energy Agency is expected to send a mission soon to inspect the power station.

In Washington, White House press secretary Karine Jean-Pierre told reporters Thursday that “Russia should agree to the demilitarized zone around the plant and agree to allow an International Atomic Energy Agency visit as soon as possible to check on the safety and security of the system.”

Reuters could not immediately verify the report.

The Russian Defense Ministry said the howitzer had been destroyed west of the town of Marganets, in Ukraine’s Dnipropetrovsk region.

On the battlefield, the General Staff of the Ukrainian Armed Forces said its troops had repulsed Russian assaults on the towns of Bakhmut and Soledar in the eastern Donetsk region, and they also struck ammunition depots and enemy personnel in the southern Kherson region.

In other news, Ukraine summoned the papal ambassador on Thursday to complain about latest comments about the war by Pope Francis.

Ukrainian Foreign Minister Dmytro Kuleba told reporters in Kyiv that “the Ukrainian heart is torn apart by the pope’s words.”

Kuleba was responding to the pope’s comments about last weekend’s car bomb slaying in Moscow of Darya Dugina, a nationalist Russian TV commentator and daughter of a right-wing political theorist who ardently supports the war.

Francis referred to her as the “poor girl” among the “innocents” who have been victimized by the “insanity of war.”

Some information for this story came from The Associated Press and Reuters.