Finland Formally Announces it Is Seeking Entry Into NATO 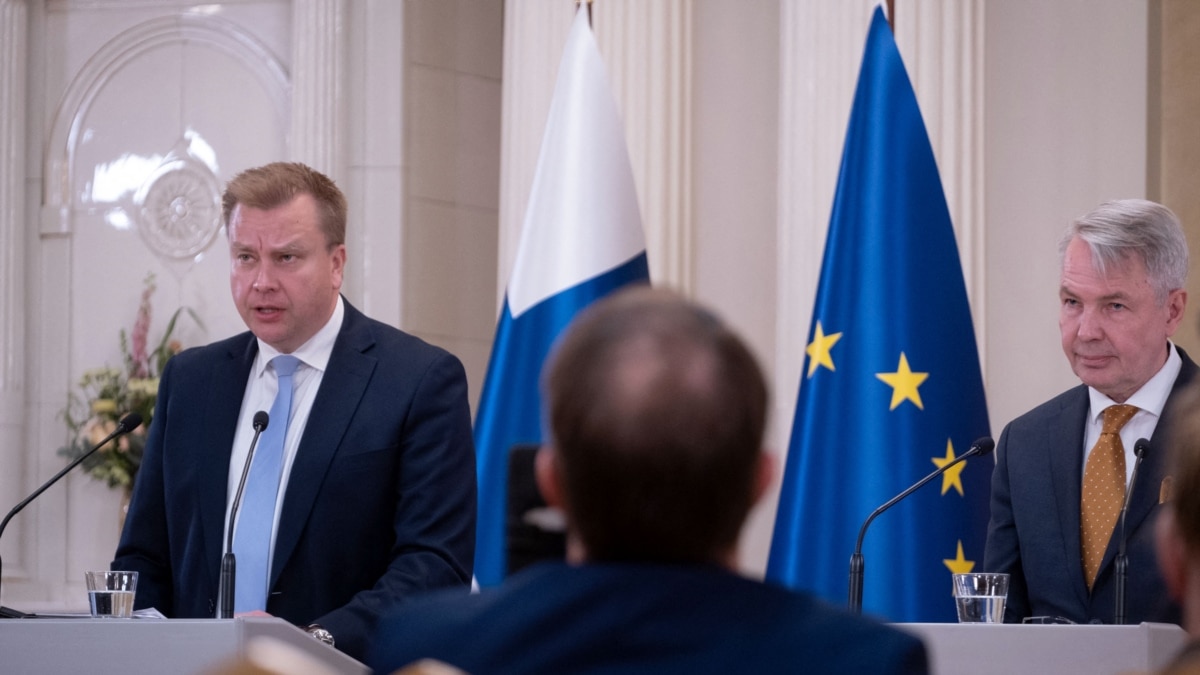 
Finland has formally announced that it intends to apply for membership into NATO.

“This is a historic day,” Niinisto said. “A new era begins.”

Finland’s announcement that it is seeking entry into the 30- member Western military alliance had been expected in the wake of Russia’s invasion of Ukraine.

Sweden is also expected to seek entry into the alliance.

“Finland and Sweden are already the closest partners of NATO,” NATO Deputy-Secretary General Mircea Geoana said Sunday in Berlin where NATO members are meeting to discuss their continued support of Ukraine against Russia’s invasion and the expansion of the NATO alliance.

Earlier Sunday, top diplomats from the United States and Ukraine met Sunday in Berlin to talk about Russia’s invasion and the impact it has had not only on Ukraine, but also the rest of the world.

U.S. Secretary of State Antony Blinken assured Ukrainian Foreign Minister Dmytro Kuleba of the support that Ukraine has from its allies and discussed this week’s G-7 and NATO foreign ministerial meetings.

Ukrainian forces began a counteroffensive Saturday near the Russian-controlled town of Izium in northeastern Ukraine, a regional governor said. Ukraine wants to push Russia from its staging area there and prevent it from encircling thousands of Ukrainian troops on the eastern front of the Donbas.

Russia turned its focus on the Donbas after it failed to capture Ukraine’s capital, Kyiv, at the start of the war. But Ukraine has clawed back some territory there, including its second-largest city in the northeast, Kharkiv.

Ukraine “appears to have won the Battle of Kharkiv,” the Institute for the Study of War, a Washington-based think tank, said. “Ukrainian forces prevented Russian troops from encircling, let alone seizing Kharkiv, and then expelled them from around the city, as they did to Russian forces attempting to seize Kyiv.”

Fighting was also fierce on the Siversky Donets River near the city of Severodonetsk. The governor of the eastern Luhansk region, Serhiy Gaidai, said Ukrainian forces repulsed Russian attempts to cross the river and encircle the city. However, Oleh Zhdanov, an independent Ukrainian military analyst, said Ukraine failed to stop Russia’s advance.

“There’s heavy fighting on the border with Donetsk region, from the side of Popasna,” Gaidai also said, reporting heavy losses of equipment and personnel by the Russians.

While Russian troops have taken some villages and towns in the Donbas, Ukraine’s forces have retaken others, with neither seeming to make much progress.

Meanwhile, a long convoy from the besieged Ukrainian port city of Mariupol arrived safely in the Ukrainian city of Zaporizhzhia on Saturday.

The 500- to 1000-vehicle-long convoy, according to a Reuters report, was “the largest single evacuation from the city since Russia’s Feb. 24 invasion.”

Russian President Vladimir Putin told his Finnish counterpart Saturday that it would be a “mistake” for Finland to join NATO, according to a statement from the Kremlin.

The two leaders spoke by phone Saturday in a call initiated by Finland.

“The conversation was direct and straightforward, and it was conducted without aggravations. Avoiding tensions was considered important,” Niinisto was quoted as saying in a statement by his office.

A Kremlin statement released after the call said Putin told Niinisto that abandoning Finland’s policy of neutrality would have a negative impact on Russian-Finnish relations.

Niinisto and Finnish Prime Minister Sanna Marin said Thursday that they want the country to join NATO “without delay” in response to Russia’s invasion of Ukraine, a move that would be a major policy shift for the traditionally neutral country.

“Putin stressed that the end of the traditional policy of military neutrality would be a mistake since there is no threat to Finland’s security,” the Kremlin statement said.

Russia cut off electricity to Finland in apparent retaliation for its bid to join NATO. Finland gets 10% of its energy from Russia and the void is now being filled by Sweden.

Sweden, another traditionally neutral Scandinavian country, is also expected to ask to join NATO in the coming days.

Turkey initially expressed concerns about Finland and Sweden joining the security alliance, but Saturday said it isn’t closing the door on the possibility. Any NATO enlargement requires the unanimous consent of the existing members.

The United States has said it will support a NATO application by Finland or Sweden should they choose to apply.

U.S. Senate Minority Leader Mitch McConnell led a delegation of Republican senators on a visit to Ukraine Saturday. Ukrainian President Volodymyr Zelenskyy said the visit was a powerful signal of bipartisan American support for Ukraine, according to the Ukrainian presidential administration.

Zelenskyy urged the American lawmakers to recognize Russia as a state sponsor of terrorism, according to The Kyiv Independent, an English-language newspaper in Ukraine, and to impose stronger sanctions on Russia.

Meanwhile, the Group of Seven industrialized nations meeting in Germany vowed to put more pressure on Russia with fresh sanctions and said it would never recognize the borders the Kremlin is attempting to redraw through force.

Some information for this story came from The Associated Press, Agence France-Presse and Reuters.