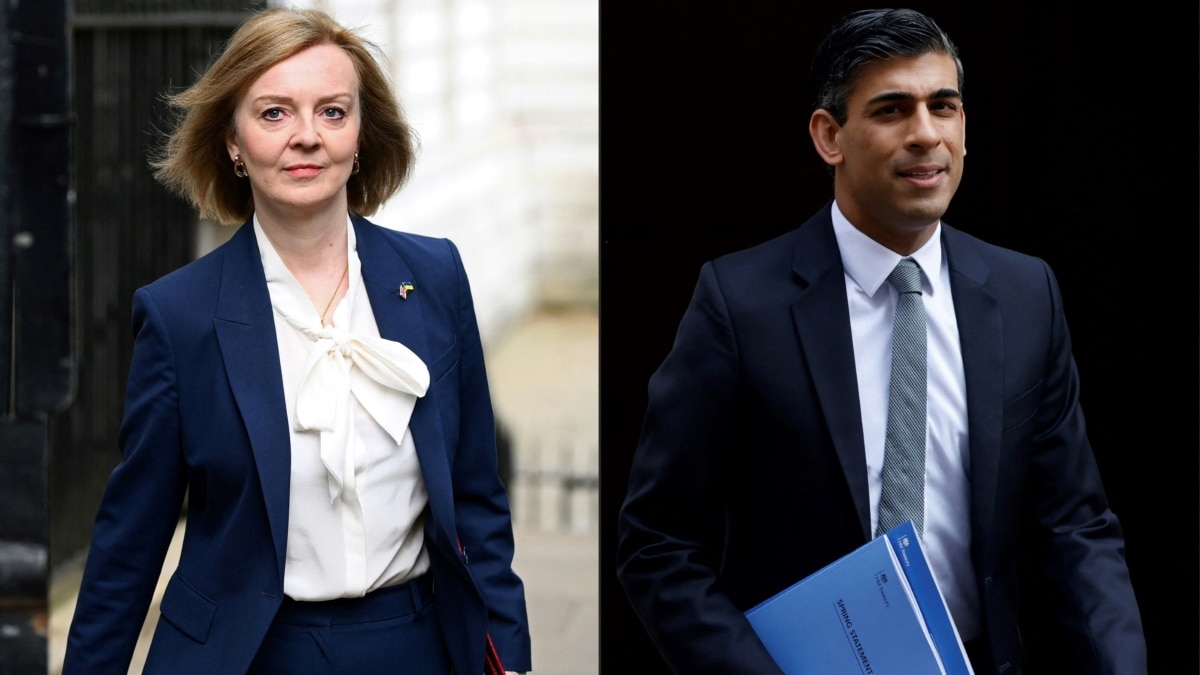 A new prime minister will take power in Britain next week after the resignation of Boris Johnson in July, following a series of scandals. His successor faces a series of daunting economic and political challenges, while Britain’s allies — especially Ukraine — are watching closely.

The fewer than 200,000 Conservative party members, around 0.3 percent of Britain’s voting population, will choose the next leader of the party and the country. The field has been whittled down to two candidates: former chancellor Rishi Sunak, who resigned from Johnson’s cabinet, and the current foreign secretary, Liz Truss, who polls show as the overwhelming favorite.

Their first challenge: war in Ukraine. Britain has provided around $2.7 billion of military aid to Kyiv since Russia’s invasion in February, second only to the United States. Britain is training hundreds of Ukrainian troops and has pledged to invest millions of dollars in rebuilding the country.

The outgoing prime minister is hugely popular in Kyiv. Bakeries sell Boris Johnson-themed cakes and biscuits, while Ukrainian President Volodymyr Zelenskyy made no secret of his wish for Johnson to remain in power. So will his departure spell a changing relationship? That’s highly unlikely under Liz Truss, said political analyst Alan Wager of the U.K. in a Changing Europe program at Kings College London.

“There’s almost zero chance of any significant change in the U.K.’s approach to the crisis in Ukraine. [Truss] was foreign secretary under the Boris Johnson administration and many of her key backers are, if you like, hawks when it comes to Ukraine. She’s also committed to increasing U.K. defense spending to 3 percent of gross domestic product and continuing the supply of arms to Ukraine,” Wager told VOA.

Ukraine may be the least complicated of the challenges facing Britain’s next prime minister.

Domestic gas and electricity prices are set to soar by 80 percent in October, with even higher increases for businesses, compounding the post-COVID-19 economic crisis and raising the prospect of an imminent recession.

Charities say such price rises could be deadly for the most vulnerable in society.

“Families just cannot afford anything close to this. It’s a disaster. Ten thousand people die every year in the U.K. directly because of a cold home. That number is going to skyrocket,” Adam Scorer, chief executive of the charity National Energy Action, told Reuters.

Truss has, for now, ruled out price caps or cash handouts to help people pay their bills — and says tax cuts are the answer.

“What I’m talking about is enabling people to keep more money in their own pockets,” Truss said during a campaign event August 9. “What I don’t believe in is taxing people to the highest level in 70 years and then giving them their own money back. We are Conservatives, we believe in low taxes, and what I’m not going to do is announce the next budget in advance.”

Former chancellor Sunak has pledged more support for energy bills but did not give further details.

“If a British Conservative government goes through the autumn [fall] and winter and does not provide direct support to those vulnerable people, I believe it will be a moral failure and the British people will never forgive us,” Sunak said during a debate August 19 in Manchester.

In a sign of the country’s economic pressures, the British pound has fallen to its lowest level against the U.S. dollar since early 2020 at the start of the COVID-19 outbreak.

Meanwhile Britain’s relations with European neighbors remain strained, six years after the country’s vote to leave the European Union. Asked on the campaign trail if the president of France was a friend or foe, Truss said, “The jury’s out. … But if I become prime minister, I will judge him on deeds not words.”

She was applauded by some Conservative party members — but others criticized her for questioning Britain’s relationship with a close neighbor and NATO ally.

Asked about Truss’ comments, French President Emmanuel Macron said, “The British people, Britain, is a friend of France, a strong ally, no matter its leaders — and sometimes despite its leaders.”

Truss has also pledged to rip up the Northern Ireland protocol, a key Brexit customs agreement that Boris Johnson signed with the European Union to avoid a hard border between the Republic of Ireland and Northern Ireland.

“That could lead, in time, to a trade war between the U.K. and the EU,” said analyst Alan Wager.

He added the two candidates are appealing to a relatively tiny electorate and have rarely been tested on the campaign trail.

“The U.K. is entering into this new crisis if you like — this new economic crisis coupled with this international crisis in Ukraine — without its political leaders having to confront the key challenges that the U.K. faces. And that leaves the U.K. extremely vulnerable going into this winter across many fronts,” Wager told VOA.